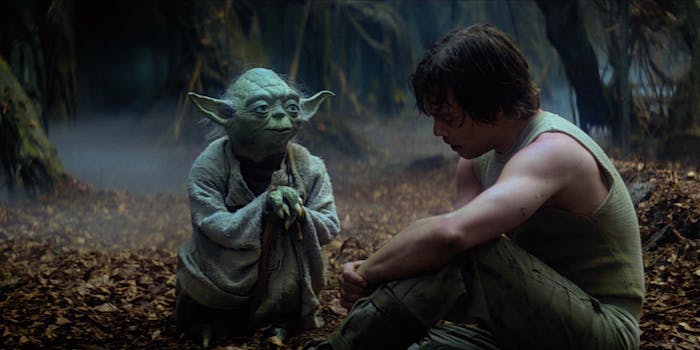 Listen to the ‘Star Wars’ theme as an 1980s synth track

If you liked the Stranger Things soundtrack, you’ll love this cover of “The Force Theme.”

Electronic music artist Scandroid posted the track just in time for Star Wars Day, remixing one of the most recognizable moments from the Star Wars soundtrack. On YouTube, Scandroid writes, “I was inspired by artists like Tomita who re-imagined iconic Star Wars themes with synthesizers.” The result is a cool synth track that sounds somewhere between Kavinsky and Survive, the band behind the Stranger Things music.

A perfect way to ease into May the 4th!