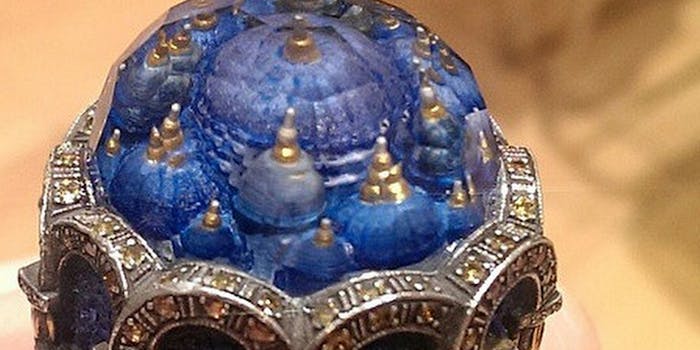 Your bank account will weep over this stunning fantasy jewelry

This is exactly what it would look like if an evil wizard cursed a city to be trapped a city inside a ring.

Sevan B?çakç? is a jeweler to the stars, creating opulent accessories for high-end fashion shows and celebrities like Gwyneth Paltrow and the Olsen Twins. But we’re far more interested in the fact that many of his designs look like something out of Game of Thrones.

The Istanbul-based jewelry designer is known for his reverse intaglio rings, a process where a 3D image is carved out of the underside of a gem or other transparent object.

A collection of pieces that has us seeing green!