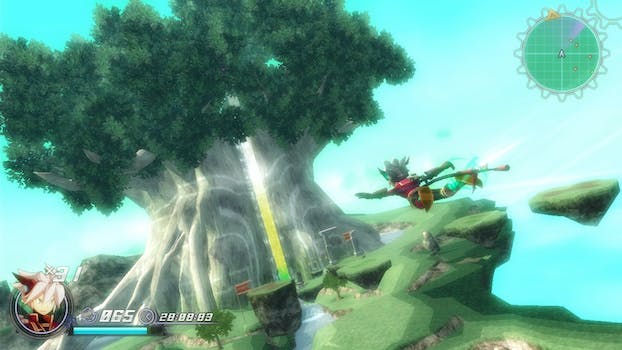 Yuji Naka pleads with fans on Twitter to play the Wii version of Rodea over Wii U and 3DS.

November is a crazy month for video games. So far we’ve already seen releases for Call of Duty: Black Ops III, Yo-Kai Watch, Fallout 4, and Rise of the Tomb Raider. But one game that came out this week has fans confused.

Rodea: The Sky Soldier, created by Sonic the Hedgehog programmer Yuji Naka, is a curious one. Naka is pleading with fans on Twitter to play the Wii version over the Wii U.

It’s an odd request: Why would the developer want fans to play his new game on an older console? Well, he says, that’s because it’s the better version.

To understand things a bit better, we have to step back a few years. Naka confirmed in 2011 that Rodea was finished, but was waiting for Kadokawa Shoten to publish it. Naka continued to wait, and things were at one point looking so dire that even Naka felt the game would forever be in limbo. But in 2014 it was then revealed that Kadokawa Games would be porting the game to 3DS and Wii U, expanding its potential reach. It should have been great news, especially for fans who had been dying for a NiGHTS-style game from the same man behind it.

Another blunder is that the Wii U version doesn’t support Wii controls. When asked about a hypothetical Wii U port back in 2012, Naka told Polygon that “I created the game specifically for the Wii remote, so it’s going to turn into a totally different experience [on 3DS and Wii U]. I’m really down about that because Rodea is a really good game.”

Although this is sounding like a total mess, there is a bright side. For those who purchase the launch copy of the Wii U version, it will come with the Wii version packed on a separate disc. And since the Wii U can play Wii games, fans can still get the experience that the creators originally intended. But it looks like if you miss out on one of the launch copies, you will have to play the less-than-stellar Wii U and 3DS versions.