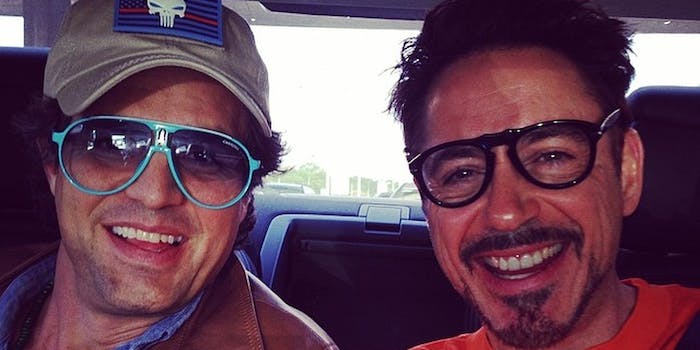 Mark Ruffalo and Robert Downey are clothes-swapping for Memorial Day

The Science bros are back and on vacation. Lucky for the rest of us they're also on social media.

Friends, we live in a golden age, an age where superheroes not only go on vacation together, but take selfies and share them with the rest of us on social media.

It’s been just over a month since Mark Ruffalo convinced Avengers co-star Robert Downey Jr. to join Twitter, and soon Downey Jr. was tweeting selfies of the two besties like a pro.

Now we’re hopeful that the green half of our Bruce Banner/Tony Stark “Science Bros” OTP will convince Downey Jr. to follow him to Tumblr and Instagram and Facebook, where he’s posting selfies of the two of them enjoying their Memorial Day weekend together.

Downey already has an Instagram, but alas, it stands empty and deserted. His Facebook account is a sadly selfie-less land of memes and the kind of in-jokes that abound when you’re one of the most famous humans on the planet. But knowing how much our favorite red-suited titanium superhero loves selfies, we’re guessing that will change soon. It seems Ruffalo is influencing him for the better. 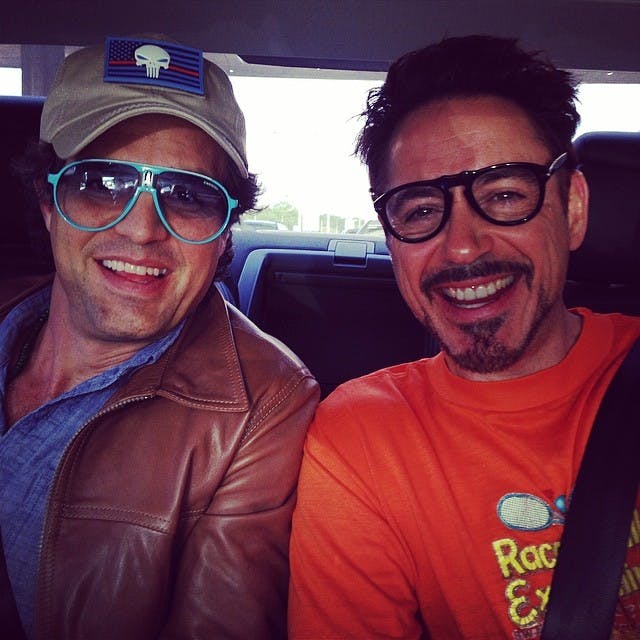 “Glasses swapping is as wild as we get these days,” Ruffalo wrote. “Happy swapping on Memorial Day weekend with Mark and Bob.”

Meanwhile, on Twitter, Downey countered with the “Before” of the cute couple’s before and after segment: 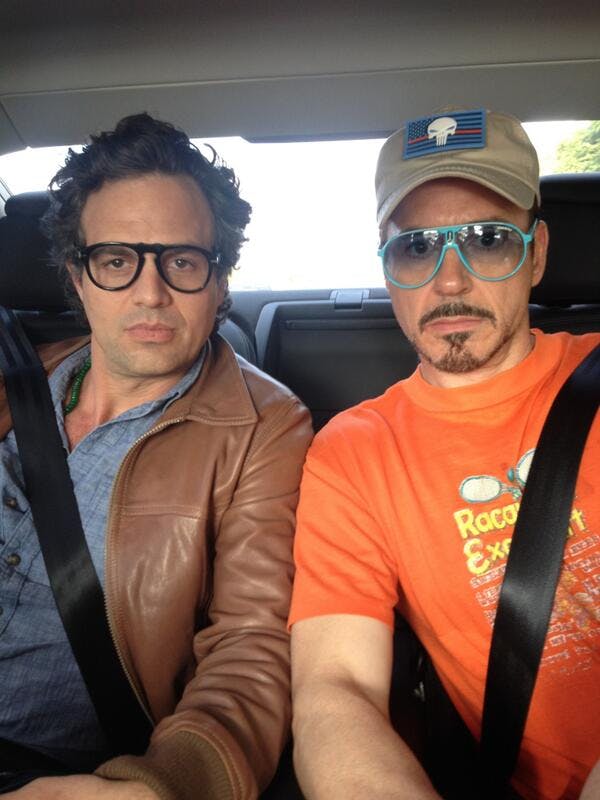 Okay, we know that Downey Jr. has the sparkly ability to turn everyone he works with into his best friend, but really, what these two have is special.

Thanks, guys, for kicking our Memorial Day weekend off to a great start.