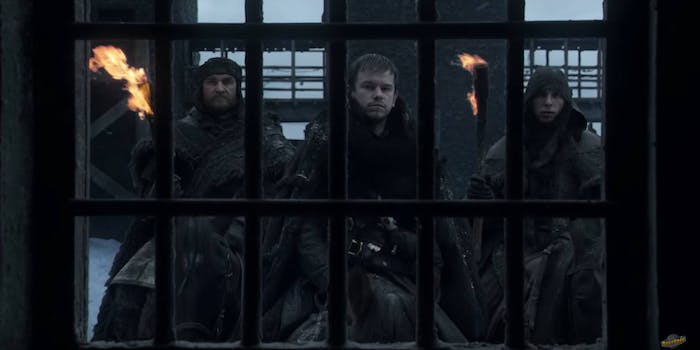 'Long before winter was coming, winter was… well, still coming.'

RiffTrax is throwing its hat into the Game of Thrones commentary ring.

The guys add some much-needed levity to the HBO show’s first episode, going in on the marriage of Daenerys and Khal Drogo and coming up with pure gold from opening credits (“sudden onset Groot puberty!”) to the episode’s evocative, parting shot.

The audio antics are available as a “just the jokes” download on the RiffTrax website for $2.99. The mp3 contains riffs from Corbett, Murphy, and Nelson, though not the Game of Thrones episode, which you probably still have on your DVR anyway.

Winter has finally come to RiffTrax and, soon, RiffTrax will be coming to you. The entire MST3K crew is set to perform a special live show on June 28 that will be simulcast in theaters across the country.