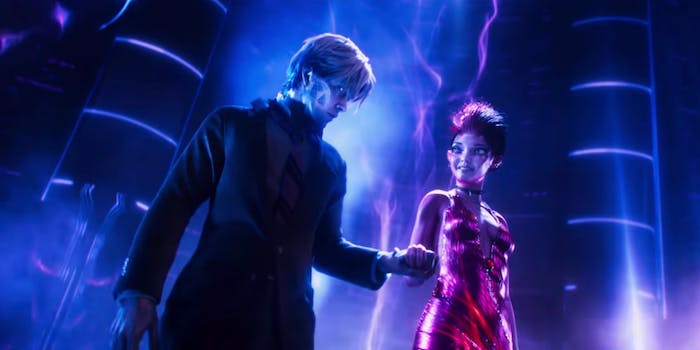 Disney wouldn't agree to it.

Ready Player One is filled with more nods and references to ’80s pop culture than we can keep track of, but not everything director Steven Spielberg wanted to pay homage to was included in the film.

Spielberg—who is name-checked in the Ready Player One novel—was conservative about including nods to his own work, like Back to the Future, which he produced; he even had to stop the crew from sneaking in references to Gremlins and Close Encounters of the Third Kind. To include other references, however, required quite a bit of licensing from other studios and rights holders by Warner Bros., a process which took three years.

But even with all of that time and negotiations, Spielberg and Warner Bros. still weren’t able to convince Disney to let them use one of its biggest properties, Spielberg told reporters Thursday.

Star Wars doesn’t play a major role in the Ready Player One novel, so its inclusion would’ve only been a superficial one before possible adaptation changes. But Ben Mendelsohn, who plays antagonist Nolan Sorrento in the Ready Player One, joked that Spielberg could’ve used his Star Wars connections (Mendelsohn also played Orson Krennic in Rogue One) to make it happen.

“You could have called me,” Mendelsohn said. “I built the Death Star.”

However, it’s not the only major franchise missing from Ready Player One. The Japanese TV show Ultraman plays a role at the end of the novel, but you won’t see it in the film; the character has been replaced with the Iron Giant, who’s featured prominently in trailers. But that exclusion is less about a company saying no and more about other legal complications.

“Ultraman is in a lawsuit, believe it or not,” Zak Penn, who co-wrote the screenplay, told io9. “And even Steven Spielberg can’t convince these two parties to settle.”