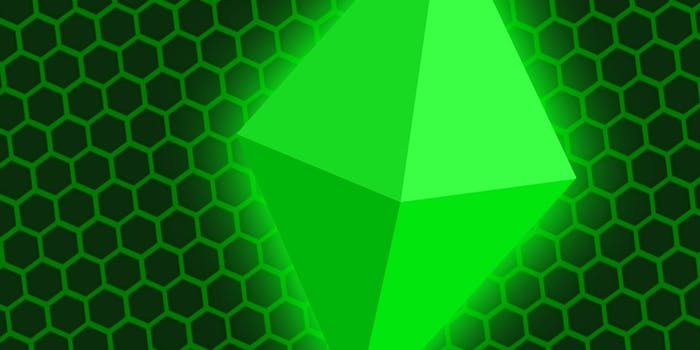 If a movie isn’t shown to reviewers before it hits theaters, that’s generally considered a bad sign. The same goes for a video game publisher not releasing review copies to the press.

Dan Stapleton, the Reviews Editor at game journalism giant IGN, tweeted that game publisher Electronic Arts is not distributing review copies of The Sims 4 prior to release, which means consumers will have no idea whether the game is any good or not prior to its Sept. 2 release date.

Looks like there’ll be no The Sims 4 reviews until after it’s out. EA tells me no one’s getting access ahead of release. I’m nervous.

As of the time this article was published, EA had not responded to the Daily Dot’s request for confirmation.

The fact that one of the largest enthusiast video game press sites in the industry isn’t getting a review copy of The Sims 4 could be a bad sign.

The Sims is a life simulator game that’s been around since March 2000. Players control virtual people—the titular Sims—and build them homes, manage their relationships and get them jobs. Sims can get married, have and raise children, and die during a long playthrough.

The Sims is one of the most popular franchises in EA’s video game portfolio. It factors heavily into EA press conferences when new games or expansions are on the horizon. There have been 11 expansions released for The Sims 3 since the main game was released in June 2009.

EA may have chosen to hold back review copies of The Sims 4 as a result of fan reactions to features missing from The Sims 4, as compared to The Sims 3. The list of missing features, read aloud, sounds like a Dr. Seuss book or maybe a George Carlin routine. No acne, no aliens, no animated hair, and so on.

Even to a casual observer, the absence of hot tubs is puzzling. Footage of blurred, naked Sims jumping into hot tubs has provided endearing promotional material for the franchise.

If the list of missing features, often based on tweets from developers working on The Sims 4, proves accurate, fans of The Sims who want the deepest simulation environment for their virtual humans might be better off sticking with The Sims 3, unless The Sims 4 offers new, compelling functionality that outshines the variety offered by the current game.

Not confirming a lack of such functionality sounds like all the motivation EA might need to withhold pre-release review copies. This could also mean, however, that EA is simply sensitive to the furor that could erupt around the launch of any game with the word “Sim” or “Sims” in the title after the disastrous release of SimCity in March 2013.

A mandatory connection to EA’s servers in order to play SimCity coupled with server outages resulted in SimCity players who simply could not access the game when it was released on March 5, 2013. Amazon suspended digital sales of the game on March 7, 2013. The launch of SimCity was so marred with technical problems that developer Maxis eventually had to shut down parts of the game’s functionality in order to get it working.

SimCity and The Sims are very different franchises. The Sims 4 will feature online elements, but is mostly an offline experience. Still, it wouldn’t be unreasonable to suspect EA has decided to avoid any potential trouble between pre-release and post-release reviews of The Sims 4 by not providing pre-release review copies to the press.