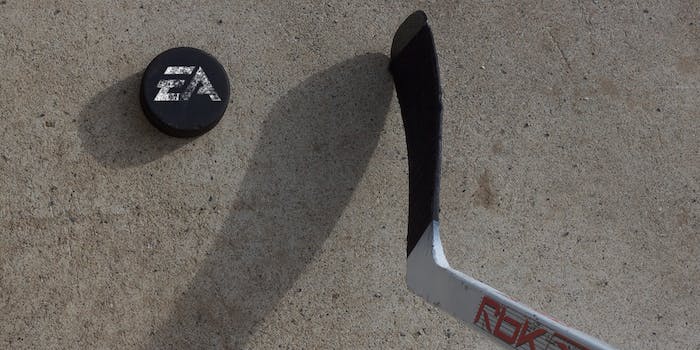 A major game change in NHL 15 is disappointing fans

The inability to play NHL 15 online with friends is making an “upgrade” to the next generation of the game feel like a downgrade for some NHL fans.

In EA Sports Hockey League, also known as Club mode, players form virtual teams and challenge other teams online. Each player is locked to a position during each game, and players earn experience points to improve their avatars. Club mode also offers regular tournament brackets based on club skill.

In GM Connected mode, players create the equivalent of fantasy ice hockey leagues and pit their fantasy teams against each other in a simulation of a full NHL season, complete with a Stanley Cup tournament at the end. GM Connected players can run up to four or five full seasons within the space of a single, annualized release of the NHL franchise, if they are diligent about moving their league schedules forward.

Neither mode is present for NHL 15 on the Xbox One or PlayStation 4. They are both present on the Xbox 360 and PlayStation 3 versions of the game, however. The only online mode that NHL 15 on the next-generation consoles will launch with will be Online Versus, which allows one player to challenge one other player online.

This is a shocking revelation for diehard NHL fans.”[Online Team Play/EA Sports Hockey League] have [their] own set of technical hurdles to overcome because of the complexity of accommodating up to 12 users all on their individual consoles whether it be matching up issues, desyncs, gameplay exploits etc.,” wrote Ramjagsingh in a post on the EA Sports forums.

Online Team Play, or the ability for groups of players to challenge one another to one-time online games is something Electronic Arts plans to patch into NHL 15 on the Xbox One and PlayStation 4 at a later date, according to Ramjagsingh. OTP will be a random-matching system when it is first introduced—in other words, not actually a system for playing games of NHL 15 online with your friends.

EA Sports has given no word about the possibility of patching either of the other, missing online modes into next-gen versions of NHL 15.

Ramjagsingh has stated that NHL 15 on next-generation consoles is a fundamentally different experience. Player will have to wait until after the game is released on Sept. 9 to understand precisely what he means by this, and to decide whether those changes warrant moving “up” to a stripped-down version of NHL.

Now that the rumor has been confirmed, NHL fans are… displeased.

Image via tuchodi/Flickr (CC BY 2.0) | Remix by Jason Reed