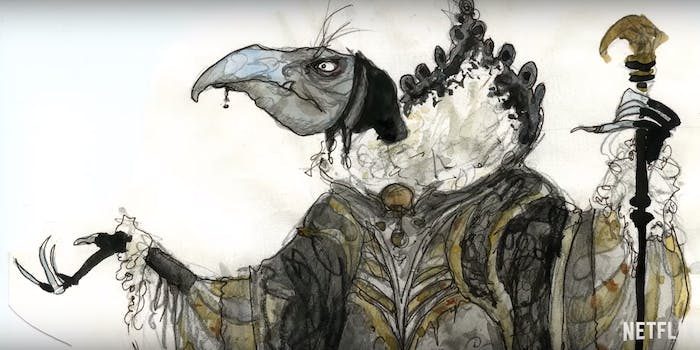 Watch the teaser for Netflix’s prequel to ‘The Dark Crystal’

The prequel will use the same style of practical effects as the original movie.

Netflix posted a surprise teaser for the series, featuring concept art and puppets in the style of the Jim Henson classic. The new series will use similar live-action filmmaking, working with the Jim Henson Company and Brian Froud, the fantasy artist who worked on the original movie.

We’ve seen hints of a new Dark Crystal for a while now, including a comic book inspired by the film’s unproduced sequel. This is an exciting day for fans of Jim Henson and his iconic use of practical effects.