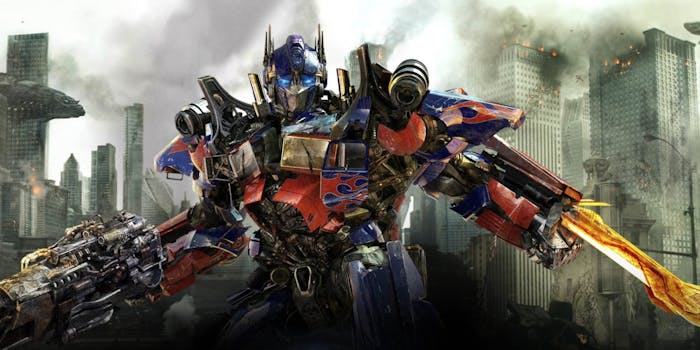 Michael Bay says there are 14 Transformers movies in the works

Literally how is this even possible?

In an interview with MTV, Transformers mastermind Michael Bay said there are a mindboggling 14 sequels and spinoffs on the way. “There are 14 stories written,” he confirmed, dodging the question of whether he’s actually leaving the franchise for good.

The Transformers movies don’t get much respect from critics, but they’re consistent box office successes. And unlike the superhero franchises at other studios, Hasbro doesn’t need to worry about actors getting old or quitting. The biggest stars are the CGI robots, not their human companions. No wonder they want to keep going until the heat death of the universe.

In 2015, Hasbro recruited a TV-style writers room to brainstorm the future of the franchise, headed up by A Beautiful Mind writer Akiva Goldsman. That’s presumably where those 14 movie ideas came from, although it’s unclear whether Michael Bay was talking about completed scripts, or just story outlines.

The next Transformers movie features King Arthur and the Knights of the Round Table. Goodness knows what they’ll think of next.