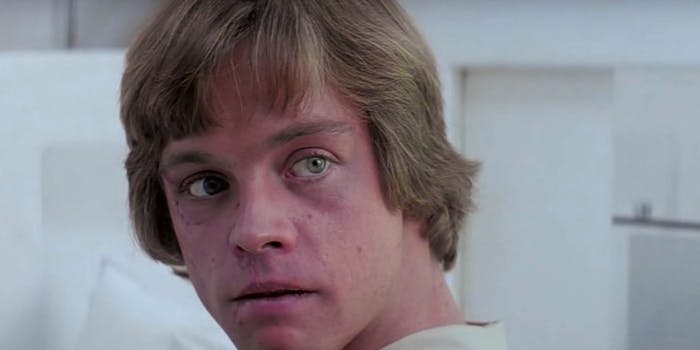 Come to the lethal side of the Force.

Ah, Luke Skywalker. The doe-eyed, naive heart of the Star Wars mythos. The noble, pure-hearted hero, with nary a blemish or sin to mar his benevolent use of the Force.

Oh, right. Except for all of those people on the Death Star.

We all know our favorite heroes have plenty of blood on their hands, but Luke’s track record pretty much wipes out any ideas you might have about the spotless Jedi.

This new supercut of the original Star Wars trilogy from YouTube channel Mr. Sunday Movies shows exactly how high the Skywalker body count is. Even without taking into account the hundreds of thousands of casualties on board the Death Star, Luke’s death toll is pretty jaw-dropping.

Of course, if we’re really keeping score, the person in the original trilogy with the highest number of deaths is undoubtedly Grand Moff Tarkin, who casually blew up an entire planet using the Death Star Luke later destroys.