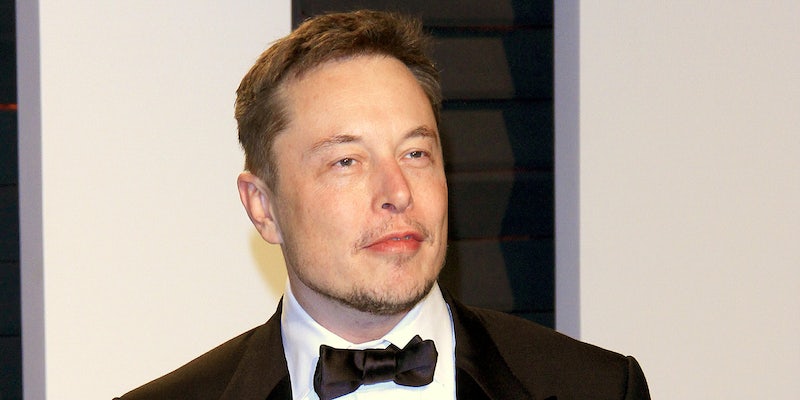 All he had to do was say the band’s name, and fans sprung into action.

On Wednesday, a fan account tweeted out Elon Musk’s home and factory addresses, along with a picture of the K-pop girl group Loona, leaving many to ask: What? Why?

Well, the answer is complicated.

Loona has been described as a reverse-engineered K-pop band, due to the unique way its 12 members were revealed. Rather than debuting as a full group, members have been slowly revealed with single albums, starting in October 2016 and finishing this March with its final member. The group is also split into three sub-units based on when they were introduced, and the latest unit, Loona yyxy, released a song on May 31 featuring Grimes.

Most of the Loona fandom is unequivocally excited about this collaboration. However, there’s a subsection, born out of communist memes, that has reservations because of Grimes’ boyfriend, Elon Musk. While there are many accounts making this satirical content, it mostly seems to flow from Loona Revolution, which started in February with the Loona Manifesto.

1- The exploitation of domestic labour in comrade Heejin’s ‘ViVid’ highlights the coercion of the working class into capitalism. By unionising and protesting through dance with comrades, she states “oh my god yeah”, for a movement must be properly organised to be successful. pic.twitter.com/7Ajop34Qxs

Many fans of Grimes imagined her as a progressive person, and when her collaboration with Loona was announced in May, it seemed like a match made in heaven.

LOONA teaming up with Grimes is a sign they’re serious about creating art and becoming a cultural phenomenon beyond capitalist purposes pic.twitter.com/QCq66s7dyd

However, when it came out that Grimes was dating noted union-buster, labor-exploiter, and ultra-rich Tesla co-founder Musk, feelings toward the Grimes-Loona collab soured. It may seem like an overreaction, but to be fair, she did defend him against claims of union-busting (before deleting said defense).

Loona’s collaboration with Grimes began just before she appeared in public with Elon Musk. She is now a traitor to Loona Revolution. Be critical of Grimes’ contribution to the project, but one should not forget YYXY’s commitment to the people, as they will be true to their cause. pic.twitter.com/1HWZspVvli

Communist Loona memes quietly continued to pop up until Musk responded to Grimes’ over-a-month-old tweet with the Loona music video. Fan responses were mixed; some celebrated Musk’s endorsement and others rejected it. And of course, lots of people want Loona to go to the moon.

In response, Loona Revolution tagged Musk, asking him to turn on his location, along with a poorly edited picture of the band members that sing on “love4eva” in front of a guillotine. They then tweeted the address of the Tesla factory and his home in Los Angeles, asking people to pay him a visit.

It’s not quite a real doxxing—both addresses were already publicly available—and it’s not easy to tell how serious the Loona Revolution really is. Regardless, this piece of the fandom is slowly growing with its jokes about guillotining the rich and Karl Marx passing on his legacy to Cho Ha Seul.