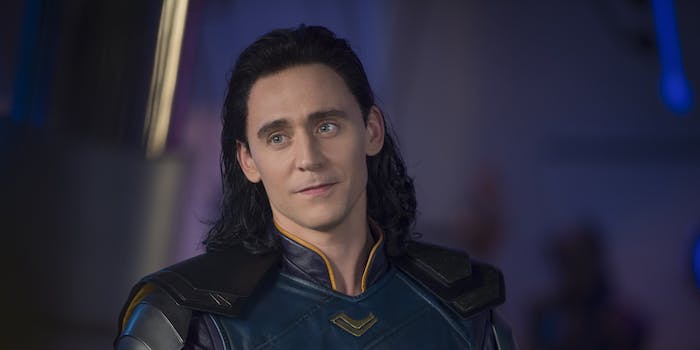 Marvel is launching a series of young adult novels about popular villains, beginning with Loki.

This already sounds like a smart idea because, despite their popularity, villains like Loki are rarely the protagonist of their own story. There’s also a growing audience for superhero prose fiction, as proven by the massive volume of Marvel movie fanfic (which frequently attracts more readers than the comics themselves), and the release of novels like Black Widow: Forever Red and Miles Morales: Spider-Man.

Three villain-centric books will be written by Mackenzi Lee, author of The Gentleman’s Guide to Vice and Virtue, a historical novel about a rebellious bisexual English rogue. In other words, kind of an ideal choice for Loki. Still, fans had some questions—namely, will Marvel and Disney allow Lee to write Loki as canonically queer?

Loki is often depicted as pansexual and genderfluid in the comics, but it’s a similar situation to Deadpool‘s sexuality. Many readers find the references subtle enough to ignore, and the movies avoid the topic entirely. So, how will the novel handle Loki’s sexuality and gender identity?

Here is what I can say:
Loki is a canonically pansexual and gender fluid character.
So. https://t.co/frNftnhNHa

First, it's about time the LGBT+ community was represented in superhero narratives.
Second, in the comics, Loki is reborn as a woman & uses female pronouns & often takes on female forms like the Scarlet Witch and Lady Sif. Odin calls him "my child who is both."
So. https://t.co/1wBFxxSFmB

Loki is established as a pansexual genderfluid character in the Marvel comics. I'm not changing anything, just sticking to the canon. But so what if I was? Queer people need superheroes too. https://t.co/ciCJoi1f3z

While it’s far too early to discuss spoilers for the actual book, that’s a pretty clear statement from the author. Loki will be pansexual and genderfluid in the novel, following the canon of Marvel Comics and the Norse myth.

The bad news is, the book isn’t out until 2019. In the meantime, you’ll have to reread Loki’s volume of Journey into Mystery and the recent Loki: Agent of Asgard series.