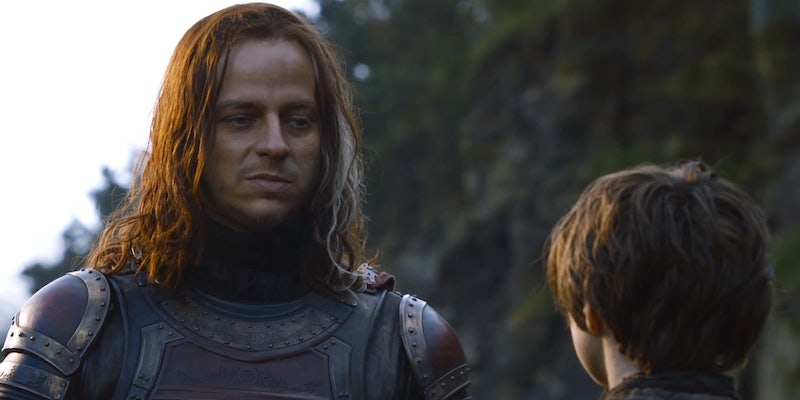 The most mysterious character on ‘Game of Thrones’ is coming back

He hasn't been seen since season 2.

Warning: This contains spoilers and speculation from A Song of Ice and Fire.

A man from Braavos is making his return to Game of Thrones this season for the first time in years.

It’s not Syrio Forel, Arya Stark’s water-dancing master (who is, sadly and presumably, still dead), but rather Jaqen H’ghar (played by German actor Tom Wlaschiha). Jaqen is one of the Faceless Men she encounters in the second season before they go their separate ways. He often presented more questions than answers, and he often spoke about himself in the third person

The HBO schedule has updated to show the first two episodes of season 5, “The Wars to Come” and “The House of Black and White,” and we now know that Wlaschiha will appear in at least one episode of season 5. (It’s unclear if the cast list is episode-specific or encompasses all of season 5). 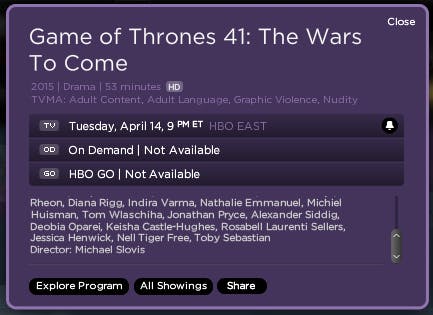 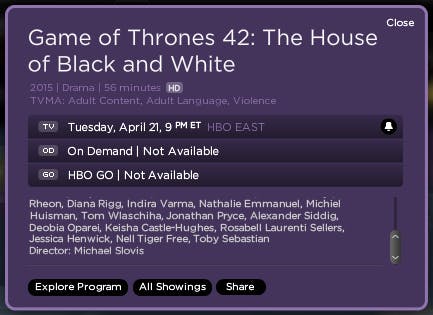 On the show, Arya last saw Jaqen after she, Gendry, and Hot Pie escaped Harrenhal, where he offers to take her to Braavos to become a Faceless Man. She refuses, and he gives her an Iron coin in return, telling her, “If the day comes when you must find me again, just give that coin to any man from Braavos and say these words to him: Valar Morghulis.” He then changes his face.

We don’t hear from Jaqen himself for the rest of the series to date, even when Arya reaches Braavos, but there are whispers of a man described almost identically to the new face Jaqen dons.

The return of Wlaschiha, like his character, brings up more questions than answers. We’ve tried to narrow down the possibilities, but considering Jaqen can change his face at will, we wouldn’t be surprised if he pulled off all of them.

1) He’ll replace the kindly man from the books

Arya enters the House of Black and White early on into A Feast For Crows, and from the looks of the second episode, she’ll be heading there fairly early as well. The kindly man is the man in charge, who trains Arya to become a Faceless Man. Bringing Jaqen into the role gives Arya a sense of familiarity, someone who already knows she’s got a hit list—making it even harder for her to hide that from him. Plus, it gives showrunners one less role to cast.

2) He’s going to fulfill his role in the books

It’s widely believed by fans that after Jaqen left Arya, he and his new face made their way to Oldtown, one of the largest cities in Westeros and home of the Faith of the Seven. The man, who now calls himself the Alchemist, kills a novice training to become a maester and appears to take his face. In this new disguise he later meets Samwell Tarly, who’s sent from the Wall to become a maester himself.

Balon Greyjoy meets his end after he falls off a bridge in the middle of a storm in A Storm of Swords, although we’ve yet to see it on the show. It’s speculated in the books that it wasn’t an accident, but Balon actually died at the hands of a Faceless Man hired by his brother Euron. Faceless Men are notoriously expensive to hire; an army of sellswords would be only half the price to kill a merchant, we’re told by Littlefinger.

There’s no word that we’re going to see any of the Greyjoys this season aside from Theon (Reek), but having Jaqen quickly dispatch Balon would tie up a loose end that’s been dangling since season 3 and could lead into the kingsmoot subplot for season 6.