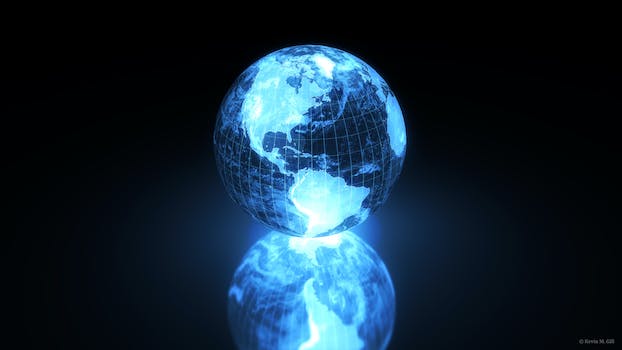 Is the universe just a giant hologram?

Motherboard reported on Wednesday that there’s “growing evidence” that the universe is a hologram. The Internet reacted thusly:

But relax, OK? This is real life—and having the universe be a hologram doesn’t mean that everything is a lie. A hologram—as most people know it—is a 3D image on a 2D plane. Here’s Bill Nye with a little more explanation.

The idea that the universe is a hologram would basically imply that the universe is two-dimensional (flat like a piece of paper) but is capable of “projecting” in many more dimensions, and we just perceive it as being three-dimensional. This is no different than perceiving time as linear (remember the past, live in the present, anticipate the future), when in fact, time may also be an illusion. The new information won’t change your day-to-day life, but it will help physicists understand how the universe works a lot better.

Does your brain hurt yet?

As Maddie Stone wrote for Motherboard:

Yes, it sounds more than a little insane. The 3D nature of our world is as fundamental to our sense of reality as the fact that time runs forward. And yet some researchers believe that contradictions between Einstein’s theory of relativity and quantum mechanics might be reconciled if every three-dimensional object we know and cherish is a projection of tiny, subatomic bytes of information stored in a two-dimensional Flatland.

In other words, the holographic theory suggests a way to make sense of physics. Right now our understanding of the universe lacks strong internal consistency, which makes it like a bad science-fiction show. If the hologram theory were true, it would go a long way toward making sense of how the universe can exist.