Icelandic strong man Hafthór Björnsson—better known to the world as The Mountain from Game of Thrones—recently took time out from his busy skull-crushing schedule to become the first man ever to achieve the title of strongest man in his home country, Iceland, for the fifth year in a row. 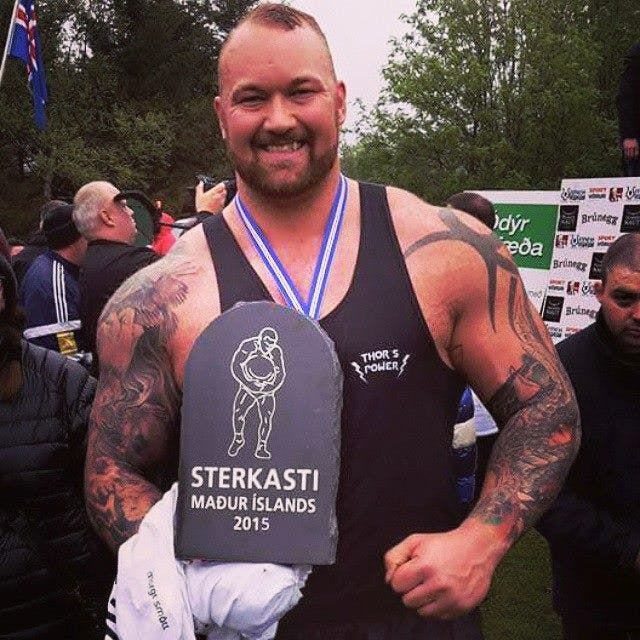 In 2014, the now-26-year-old Björnsson strongarmed his way to becoming the strongest man in Europe and the second strongest man in the entire world. So far this year, he’s picked up an ancient Viking log and played catch with an enormous iron ball. (We’ve decided we’d rather not know what the guy who took first place in the world’s strongest man competition had to do.)

This week, as part of the Icelandic competition, Björnsson had to do numerous jaw-dropping events, many involving large boulders. In one event, the Mountain, whose real-life nickname is “Thor,” had to lift five huge weights known as Atlas stones, each weighing nearly 350 pounds:

After winning the event, Thor did what all the best Thors do and literally ripped his own shirt off.

Another event involved him carrying a huge flat boulder a number of steps—and then standing on it as he celebrated his record-setting victory.

This victory also involved the Mountain getting shirtless, as he handed off his tee to a crowd of eager young fans.

Naturally, in true Mountain fashion, he took a moment along the path to victory to do, uh, this:

Roar on, mighty Thor. Roar on.