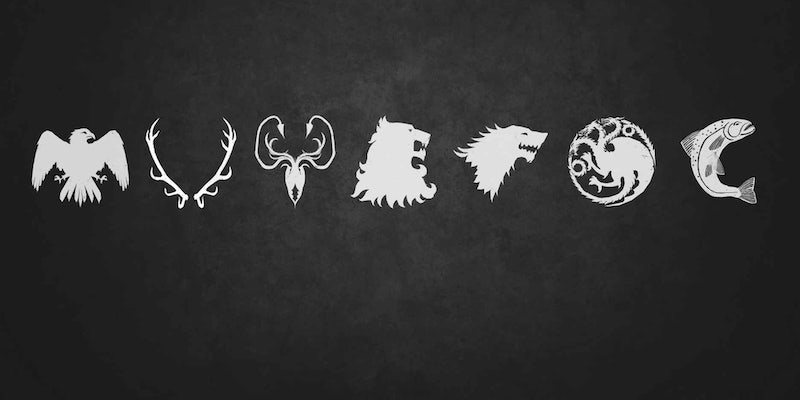 All men must be spoiled.

Game of Thrones season 5 hasn’t even premiered yet and already the melee has begun.

The first four episodes of the new season have leaked online and are flooding torrent and streaming sites. Two more episodes reportedly surfaced on private servers, though those reports have not been verified.

The episodes first appeared around 10pm ET Saturday and instantly electrified the torrenting Internet. “The first episode already has nearly 7,000 seeds and more than twice as many leeches on the site I use most,” one Reddit user reported. The leak left fans torn on whether to watch the episodes or wait the final day for them to air as nature and HBO intended.

Surprisingly, most fans seem to be declaring it’s not worth the hassle to risk malware and pirate a shoddy copy when the legitimate version of at least the first episode airs in less than 24 hours.

Clearly unavoidable, the first eps of Game of Thrones S5 leaked. Hearing they’re low-res, so why not wait? It does air live worldwide now.

But there are plenty of people who seem to be viewing the link as a necessary evil to be confronted due to Game of Thrones‘ notoriously spoiler-heavy plot.

That the leak is so divisive could be seen as a response to HBO’s limited rollout of HBO Now just before the season premiere. Though consumers have been begging for an online streaming option for years, HBO chose to make its initial rollout of the service available only to desktop and laptop users and people with Apple devices. That leaves out a major chunk of the population, especially those who don’t want to watch on small laptop screens.

Whether you choose to gorge yourself (illegally) on half the season at once tonight, or wait til tomorrow’s premiere and then eke out the torture one week at a time, we wish you luck. Living in a spoiler-filled Internet after today won’t be easy for any of us. After all, even those who are caught up on the books might still get surprise revelations.

But spoilers are coming.

And hopefully, so is a better way of accessing HBO.

Correction: The Daily Dot has not independently verified episodes 5 and 6 were part of the leak.