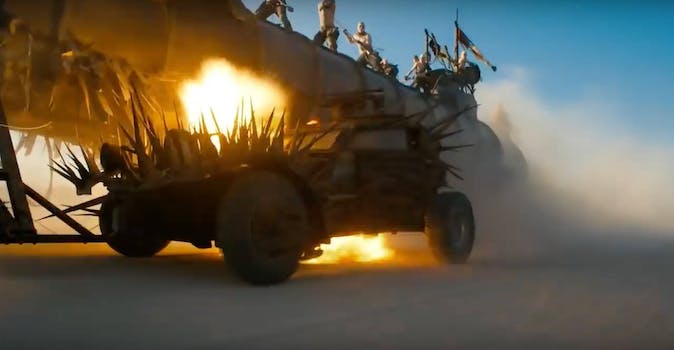 What ‘Mad Max: Fury Road’ looks like without special effects

In an era where movies rely on computer-generated effects to do, well, pretty much everything, Mad Max: Fury Road kept things refreshingly analogue.

The monstrous cars? Real. The dusty, god-forsaken road? Real. The fiery explosions? Real. The crazy dudes swinging around on poles? So real they should probably reconsider their career choices. Director George Miller had audiences on the edge of their seats, in no small part because so much of what we saw on screen was done on location by real actors.

Now, a compilation of production clips that recently surfaced on YouTube perfectly illustrates what the crew went through to capture the raw action.

Movie buffs get nostalgic for an era where filmmakers had to come up with real-world solutions for the daring stunts and how-did-they-do-that effects they wanted on film. They believe that it was a part of a creative process that made films better.

Judging from how awesome these Max Max action sequences ended up looking on screen, the movie buffs just might be right.