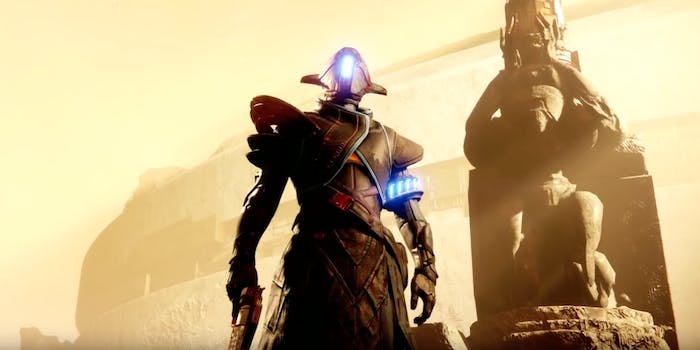 For months, Destiny 2 fans have been begging for more content. With Curse of Osiris, the wait is finally over.

Destiny 2 fans who have been clamoring for more content get a big dose of it today. Curse of Osiris, the game’s first major expansion, is now available to download on PlayStation 4, Xbox One, and PC. It costs $20 on its own, or is available in the $35 Expansion Pass.

Curse of Osiris includes a new planet (Mercury), new gear, and a story-based campaign that focuses on a mysterious Warlock named Osiris. It also introduces a mini-raid for high-level players. If that’s not enough, the expansion adds two new player-versus-player maps on PC and Xbox One. PlayStation 4 players get those maps too, plus an exclusive map called Wormhaven, thanks to an arrangement between Sony and Destiny 2‘s publisher, Activision.

Even if players don’t shell out for Curse of Osiris, they’ll still get a host of updates today. That’s because Destiny 2 version 1.1.0 is releasing alongside the expansion. This update brings visual enhancements for PlayStation 4 Pro and Xbox One X owners. It also makes a number of gameplay tweaks, like having certain grenades deal more damage and speeding up health recovery. You can read the full details on Bungie’s blog.

Another update coming next week will bring even more changes, including the addition of new Masterworks weapons.

All of which is to say that Bungie isn’t done with Destiny 2 by a long shot. The developer has promised at least one more major expansion, and players can expect regular updates to the core game in the coming years.