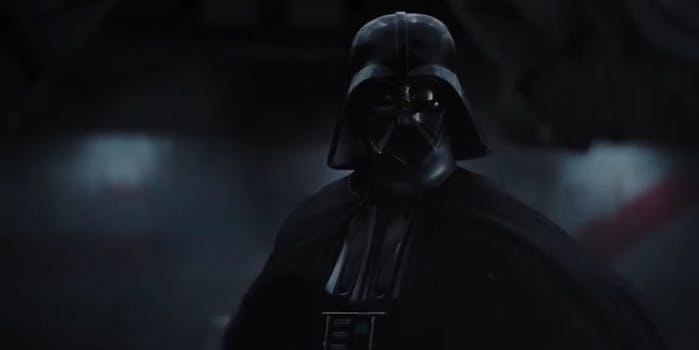 Asteroids do not concern me, Admiral! And neither should costumes.

So much for “no wrong way to celebrate Star Wars Day.”

A high school in Ashwaubenon, Wisconsin, clearly missed the memo, forcing its students to evacuate the building after an overly concerned parent called the police on “someone walking into the school wearing dark clothing and a mask.”

APS investigated a threat at the high school. School was evacuated for a short time and are now returning back to class.

Their was no actual threat at the high school a student came to school wearing a Star Wars costume with a mask.

In a Facebook post about the ordeal, Ashwaubenon Public Safety decreed that the student’s action was “merely a mistake or lapse in judgment.”

Posted by Ashwaubenon Public Safety on Thursday, May 4, 2017