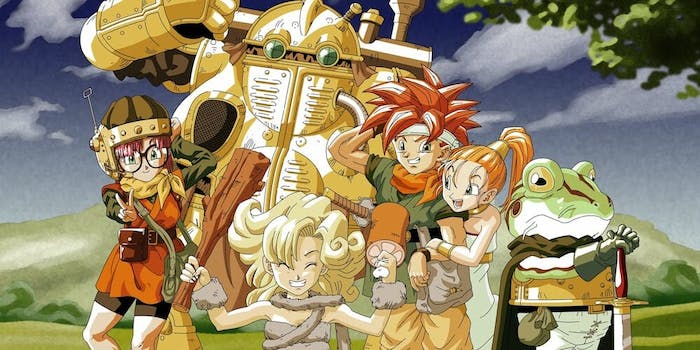 Chrono Trigger comes to PC, but some fans aren’t happy

One of the greatest RPGs of all time has arrived on PC. Naturally, some fans are mad.

Square Enix just surprise-released Chrono Trigger on Steam. That should be a good thing, but some fans have found reason to be upset.

Chrono Trigger is widely considered one of the best role-playing games of all time. Originally launched in 1995 on Super Nintendo, Chrono Trigger comes from a creative “dream team” of people responsible for Final Fantasy, Dragon Quest, and Dragon Ball. It tells the tale of a group of heroes whose time-traveling escapades take them from the Stone Age to a distant, post-apocalyptic future. It was an innovative game that offered just the right amount of complexity, with charm to spare.

In 2008, Square Enix released the definitive edition of the game on Nintendo DS. That version contains anime cut scenes, an improved translation, two new dungeons, and a slew of quality-of-life improvements.

Three years later, the Square Enix adapted the DS port for mobile devices. Most fans considered it serviceable, but the bar for mobile ports is relatively low. A modified version of the mobile port is what’s now available on Steam for $15. And that’s where the fan backlash begins.

The mobile version has its own overlay for touch controls, leaving Map and Menu buttons visible onscreen most of the time. It also uses a text font that players are less than fond of. Though many players will play the game using a controller, the touch control overlay never disappears, and the unsightly font remains intact. Early customer reviews haven’t been kind to this Chrono Trigger port.

This isn’t the first time Square Enix has semi-bungled a classic RPG PC port. In 2015, the company released the beloved Final Fantasy VI on Steam. The only problem was that it swapped out the charming pixel art of the original with a much more bland art style.

Maybe one day Chrono Trigger and Final Fantasy VI will get fan-pleasing updates on PC. But since Square Enix keeps releasing questionable ports on PC, it doesn’t seem likely.