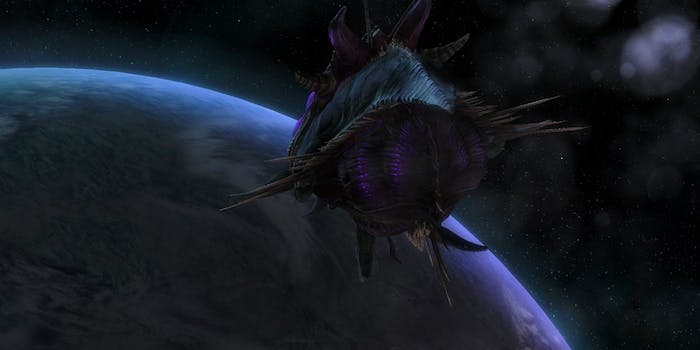 Why Blizzard canceling Titan is actually a good thing

If you’re upset about the cancellation of Blizzard Entertainment’s work-in-progress named Titan, don’t be. The reason you were excited about the game in the first place is because Blizzard cancels projects.

Blizzard is the studio behind the Starcraft franchise that largely defined the early world of esports, and legendary MMO World of Warcraft. It has one of the most sterling reputations for quality in the video game industry. They have never released a bona fide stinker since their early days making games like The Lost Vikings and Rock n Roll Racing for the Super Nintendo Entertainment System more than 20 years ago.

That’s why everyone was so excited about Titan, a game we hardly even knew anything about. We think it was a sci-fi themed MMO, but we honestly don’t know for sure.

Blizzard wouldn’t enjoy that reputation for excellence if not for their ruthlessness in axing projects, or even elements of games they’ve already released, like Diablo III’s auction house. Dungeon crawlers like Diablo are fun in large part because of the hunt for good armor and weapons. The auction house in Diablo III allowed players to use gold earned in-game, and/or real-world currency, to buy items. This removed a core game loop from Diablo III, so Blizzard killed the auction house.

The studio also spent months working on a competitive multiplayer mode for Diablo III, which they canned owing to a lack of quality.

Blizzard introduced artifacts—items that players could purchase with gold earned in the game to make their characters more powerful—into their MOBA Heroes of the Storm on July 21. But it pulled artifacts just a few weeks later. One could cite community backlash as the reason, but impetus notwithstanding, Blizzard demonstrated humility in making the decision so quickly, because it feels quality matters above all else.

Those are recent examples. Blizzard has historically made cancellations as high profile as Titan’s.

The adventure game Warcraft Adventures, set in the universe of the Warcraft real-time strategy franchise, was cancelled just days before E3 in 1998. The third-person action game Starcraft: Ghost was highly-anticipated, and Blizzard killed development after working on the game for four years.

Not to take the news lightly, but if Blizzard canceled Titan, “good riddance” would be a healthy refrain from Blizzard fans. That a company is willing to eat anywhere between $50 million and $140 million in production costs, depending on which analyst you ask, is a healthy sign that the game really shouldn’t have been released.

And contrary to the idea that Blizzard might be in trouble as a result of this cancellation, the case isn’t cut and dry. The company made $213 million in 2013 from microtransactions alone in World of Warcraft. That figure does not include subscription fees, which admittedly have markedly decreased as a revenue stream, but subscriber numbers rebounded earlier this year.

The same analyst who predicted the rebound in WoW subscription numbers also estimates that combined fees for Blizzard’s free-to-play games Heroes of the Storm and Hearthstone could hit as high as $200 million this year.