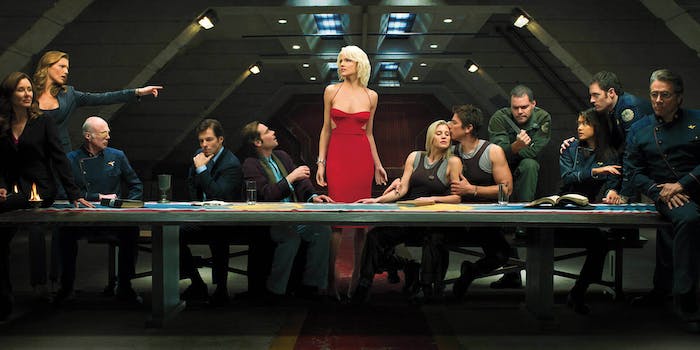 ‘Battlestar Galactica’ is getting a reboot from the creator of ‘Mr. Robot’

It's one of several high-profile reboots for NBC's new streaming service, Peacock.

Battlestar Galactica is getting yet another TV reboot, this time from Mr. Robot creator Sam Esmail. It’s part of a raft of new shows on NBC’s upcoming streaming service, Peacock, which will also include reboots of Saved by the Bell and Punky Brewster.

The original Battlestar Galactica aired in 1978, but modern fans are more likely to know the mid-2000s reboot, which began with a Syfy miniseries in 2003. It ran for four seasons, earning widespread critical acclaim and a passionate fandom, followed by less-popular spinoffs including a couple of TV movies and the prequel series Caprica.

NBC’s new Battlestar Galactica is still something of a mystery, although The Hollywood Reporter describes it as “an updated, more modern look” at the franchise – inspired by the 21st-century reboot, not the original series. Given the popularity of Ronald D. Moore’s version and its cast—many of whom are still best known for their Battlestar Galactica roles—this may be a hard act to follow.

While the last Battlestar Galactica aired during a time when mature, big-budget genre shows were a rarity, Sam Esmail’s reboot will face more competition. With more and more streaming services jockeying for position, Battlestar Galactica will enter a crowded field including Disney’s new Star Wars shows, HBO’s Watchmen, Amazon’s The Expanse, Netflix’s The Witcher and Cowboy Bebop, and the Star Trek franchise on CBS All Access. NBC evidently hopes that the Battlestar Galactica brand is enough to bring sci-fi fans to Peacock, with a well-respected showrunner in charge.

Update 11.35am CT, Sept. 17: Showrunner Sam Esmail has clarified on Twitter that the initial reports were inaccurate, and this won’t be a direct reboot. Instead it’s a new spinoff “within the mythology” of the BSG universe.