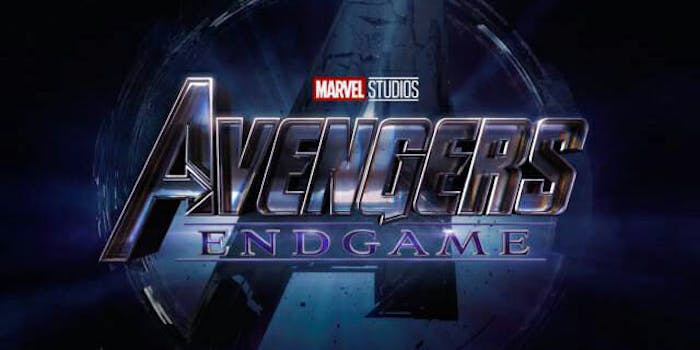 We now probably know the final runtime for ‘Avengers: Endgame’

The climactic battle to see how the heroes of the Marvel Cinematic Universe (well, half of them) take down Thanos will reportedly clock in at three hours and two minutes long.

If true, Avengers: Endgame would topple Avengers: Infinity War as the longest Marvel movie by over 30 minutes. AMC Theaters posted and quickly removed the supposed runtime for Avengers: Endgame on the official landing page for the film.

This runtime correlates with what the directors have stated prior to the release of the first official trailer and even before the film had its full title revealed. “The running time on Avengers 4 is currently sitting right at three hours. We’ll see if that holds,” said co-director Joe Russo in November. In February, with a near final-cut, sibling directors Joe and Anthony Russo stated that the film was “at the three-hour mark.”

While this runtime is not yet fully confirmed by Marvel Studios, ticketing services such as Fandango have started advertising the supposed runtime in anticipation of ticket preorders.

Avengers: Endgame will be the culmination of 22 films considered canonical (definitely not including Howard the Duck) within the Marvel Cinematic Universe and releases in Australia on April 24, the U.K. on April 25 and the U.S. on April 26.