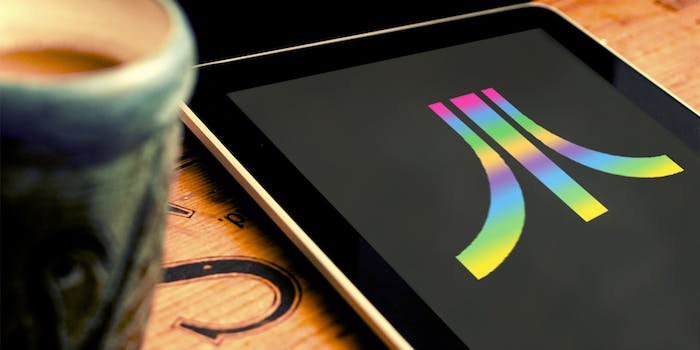 Build your own Pride parade with Atari’s new ‘Pridefest’ game

It's the SimCity of celebrating the LGBT community.

Following through on its promise to reach out to underserved audiences, Atari is developing a pride parade simulator for iOS and Android named Pridefest.

Pridefest is a social simulator that allows players to create their own pride parade akin to the Pride events that take place annually across the U.S. In the Pridefest game, players will increase a virtual city’s happiness by creating customized pride parades. Pridefest will also integrate social elements, like sharing these custom parades with other players in their virtual cities.

Atari came out of bankruptcy in December 2013 after a failed asset sale. Producing games for the LGBT community, and thereby seizing on an untapped market, is part of Atari’s plan to restructure into a profitable company. But in an interview with Polygon last month, Atari COO Todd Shallbetter wanted to make it clear that the decision to develop LGBT-friendly games wasn’t entirely about business.

“It’s something we feel very strongly about here, institutionally,” Shallbetter said. “We like to think of ourselves as a very inclusive brand, as a very inclusive company … And we seek opportunities, and this is an opportunity that we think could be beneficial to us as a company—commercially, as well as just, it’s the right thing to do.”

Atari sponsored and had a presence this year at GaymerX, an LGBT-friendly fan convention in San Francisco for geek and game culture. The announcement of Pridefest was met by GaymerX’s founder, Matt Conn, as a meaningful demonstration of Atari’s support for the LGBT community.

“Gaming is the largest entertainment sector in the world, and Atari is one of the most recognizable and iconic brands. To have them support our conference and cause, as well as bring an LGBTQ-themed game to market is a huge step toward equality in gaming,” said Conn in a press release issued by Atari. “It’s extremely important that we see these large publishers like Atari stepping up to the plate, and I’m excited that they have the courage to take the first step in supporting the community.”

Atari popularized home video game consoles with the release of the Atari 2600 in 1977. The company capitalized on their huge presence in video arcades with the success of coin-operated games like Asteroids, Battlezone, Centipede, and Missile Command.

The new, smaller Atari will remain a publisher of video games, with a focus on licensing and digital distribution. It spearheaded the new initiative with Minimum, a third-person shooter with MOBA elements drawn in minimalist, cube graphics, on PC on May 13. Haunted House, a reimagining of its classic Atari 2600 cartridge, was released on iOS on July 6.

Pridefest is being developed for tablets and mobile devices. No further details about the game have been announced.