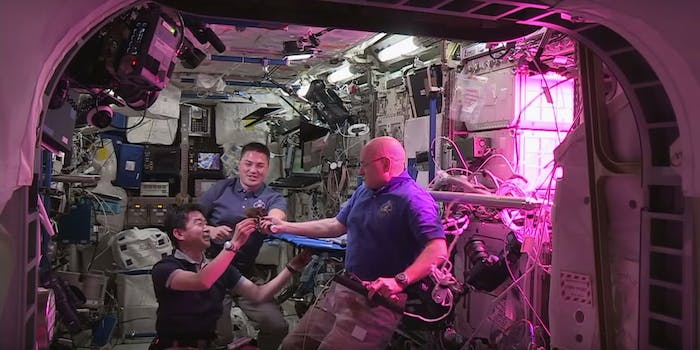 ‘One small bite for man, one giant leaf for mankind.’

The International Space Station just harvested the first batch of food grown in space, but is it any good?

The ability for astronauts to grow and harvest their own food is huge, both for the future of space exploration and for astronauts’ individual diets. But if nobody likes the food, they’ll have to go back to the drawing board.

Thanks! Exploring #NASAVeggie science on @space_station was tasty today! May need work on our cooking. #YearInSpace https://t.co/j1mxpIL0ju