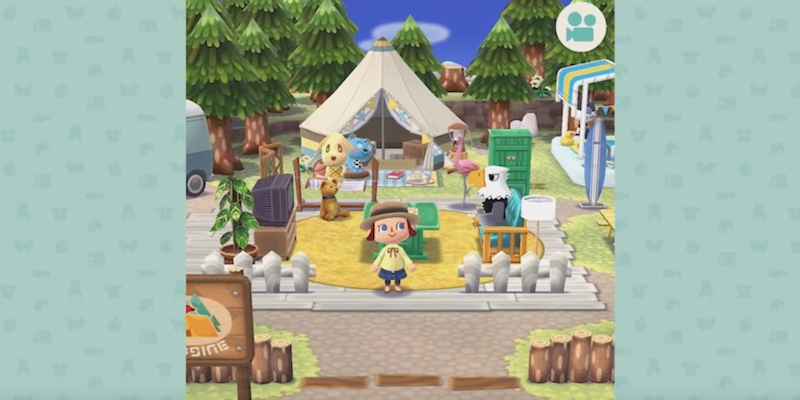 Animal Crossing is going to camp.

According to Nintendo, “In the first Animal Crossing game for mobile devices, you can interact with animal friends, craft furniture items, and gather resources while managing a campsite.”

You’ll create and customize an avatar, and gameplay includes a lot of appointing your new turf with furniture and decorations. Interactions with animal friends—new in this mobile experience—will challenge you to raise your friendship levels by completing requests and decorating your campsite with their favorite items. Real-life friends (and random player avatars) can also visit.
The game features a map that lets your avatar visit “a beach, a forest, a river, and an island,” so don’t worry about being locked into your campsite. The game is free to download, but expect in-app purchases for Leaf Tickets, which can be earned in-game or bought with actual money to get materials and speed up item-crafting. Nintendo plans to introduce seasonal events with special items to help maintain interest in the game.
Animal Crossing: Pocket Camp joins Super Mario Run—which broke records in its first day in the App Store in December 2016 —in Nintendo’s mobile lineup.
Share this article