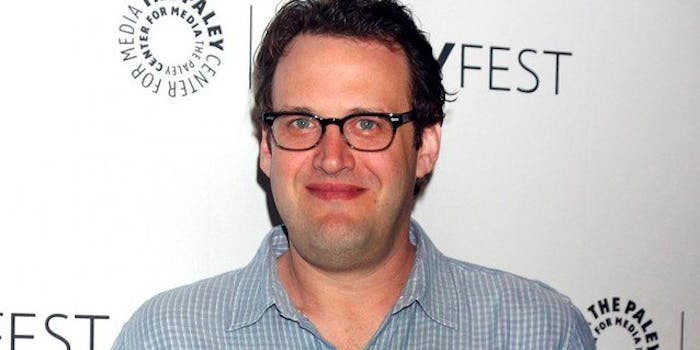 Showrunner of The Flash and Supergirl, Andrew Kriesberg, has been fired by Warner Bros. after 19 sexual misconduct claims were made against him earlier this month.

Kriesberg was suspended by Warner Bros. earlier this month and the studio launched an internal investigation. Wednesday the studio announced that Kriesberg’s employment was terminated, effective immediately.

“We will remain committed to providing a safe working environment for our employers and everyone involved in our productions,” Warner Bros. said in its statement.

Berlanti Produtions, which worked on Kriesberg’s former shows, said, “We encouraged and supported this investigation, we believe and support the individuals who came forward, and we agree with the studio’s decision. Nothing is more important to us than the safety and well-being of all our colleagues—coworkers, crew and staff alike.”

According to the Hollywood Reporter, 19 men and women anonymously came forward a few weeks ago to accuse Kriesberg of sexual misconduct over the last several years, which resulted in his suspension. He is accused of touching people, kissing women without consent, judging women by their looks rather than their work capacity, and asking for massages from female staff.

Some of the women who reported the misconduct said Kreisberg created a work environment that was so hostile, unsafe, and “toxic” that they would leave the room whenever he entered it. Kriesberg denied this.

In addition to The Flash and Supergirl, Kriesberg also executive produced Legends of Tomorrow and Arrow. He has been terminated from all series and lost his deal with the studio.