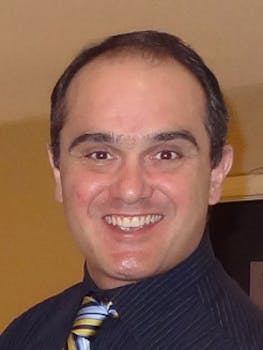 School board trustee under fire for calling students “twerps” on Twitter

Toronto School Board Trustee Sam Sotiropoulos used Twitter to complain about students who harassed a principal and vice-principal.

With educators often left struggling to cope with abusive students, perhaps an errant tweet will kickstart a wide-ranging conversation to help teachers deal with heated situations.

Toronto School Board Trustee Sam Sotiropoulos took to Twitter after witnessing students yell profanities at a ‘helpless’ principal and vice-principal.

In a now-deleted tweet on his account @trusteesam, he wrote: “Had some eye opening experiences at one of our schools yesterday with a couple out of control youth. Seriously ill-bred twerps.”

On the flipside, Sotiropoulos came in for praise from others, some of whose comments he retweeted.

“Well done @trusteesam it’s about time the truth is shown of what teachers put up with every day. Ignorant? No…truthful? Yes!” Kay Jay tweeted.

“@TrusteeSam Some students are actually worse than twerps, and you were being honest, good for you! #NoNeedToApologize,” said a supportive @sherryAFG.

Sotiropoulos heeded the latter’s words and refused to apologize for his comments. “When the student in question was confronted about their behaviour, the torrent of taunts, profanity and abuse that was their response is something no TDSB employee, student or parent should be asked to disregard or ignore,” he told CTV.

The school board’s vice-chair, Shaun Chen, said Sotiropoulos could face sanctions and claimed his actions were “not appropriate.”

Even if Sotiropoulos’s tweet was offensive or inappropriate, it could help shape a broader conversation about the struggles teachers and principals face in classrooms and corridors.