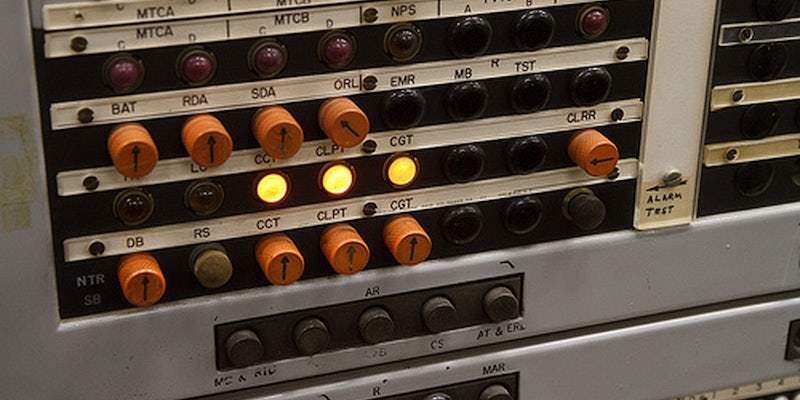 From ARPANET to Facebook: The history of the internet

Here are all of the important dates that arguably have a claim to being “the Internet’s birthday.”

We’ve wished the Internet a happy birthday already. Several times. But we have no plans to stop. The Internet, after all, was fired not out of the natal cannon at a specific time and place. It’s more of a process.

That’s not to say the Internet is indefinable. The first browser, for instance, is part of the Internet.

In order to help you with your party planning, we’ve put together a timeline of Internet anniversaries—all the dates that arguably have a claim to being “the Internet’s birthday.” Now you can get to building your replica of Queen Victoria’s wedding cake out of Legos for the party.

History is a continuum, but you have to decide where you’ll start and end. We could start with Vennevar Bush’s paper on the “memex” in 1945, or the creation of the voltaic pile in 1800, or the development of the alphabet, for that matter. Instead, we’ll start with the creation of ARPANET.

1958: In response to the launch by the U.S.S.R. of the Sputnik satellite the previous year, the U.S. government creates the Advanced Research Projects Agency (ARPA).

1962: JCR Licklider and Welden Clark publish “On-line man-computer communication,” which outlines the idea of a “galactic network” of information.

1965: A computer at MIT’s Lincoln Lab and another at System Development Corporation in Santa Monica are linked via phone line. A computer at ARPA is added later.

1966: Lawrence Roberts publishes “Toward a Cooperative Network of Time-Shared Computers,” the first plan for ARPANET system of connected computers.

1968: July 29. ARPA requests bids for the construction of the first ARPANET.

Sept. 2. Kleinrock, at the University of California, Los Angeles (UCLA) establishes the first local connection between two computers, passing data directly from from one computer to another.

1979: First USENET created by Tom Truscott, Jim Ellis, and Steve Bellovin between Duke and the University of North Carolina.

1981: Dr. Larry Brilliant creates the first online community, a conferencing system to help organize the rescue of a helicopter’s passengers in Nepal. This will lead in 1985 to The Whole Earth ‘Lectronic Link (The WELL), the first well-known online community.

1990: ARPANET goes dark, the NSFNET and MILNET having gradually taken over its functions since their introduction. The first device to ever be controlled by the Internet, the so-called “Internet Toaster” is hooked up. The first search engine, Archie, is developed by Alan Emtage, Peter Deutsch and Bill Heelan.

Dec. 25. Sir Tim Berners-Lee initiates a successful communication between a Hypertext Transfer Protocol (HTTP) and a server at CERN in Switzerland.

The first webcam, trained on the coffee pot at the Cambridge University’s computer lab in the UK, launches.

April 22. Mark Andreesen and Eric Bina develop the Mosaic browser. Adoption of the browser grows at an annual rate of 341,634 percent.

1994: January. Justin Hall creates what is arguably the first blog.

Nov. 4. First live transmission of video over the Internet, a Dutch metal concert.

1995: NSFNET transitions back to research network, the bulk of the world’s Internet traffic now carried by Internet service providers.

First mobile browser, the “Pocket Web” for the Apple Newton, created at the Telecommunications Office, a research group in Karlsruhe Institute of Technology in Germany.

2008: NASA transmits images to and from the International Space Station at 20 million miles above the earth using  “Disruption-Tolerant Networking (DTN)” software, successfully testing the first deep space communications system based on the Internet.

2011: Social media figures heavily in communications surrounding Arab Springs revolution, and the Royal Wedding was the biggest even on the Internet through live streaming.

2013: The U.S. National Security Agency, otherwise abbreviated as the NSA, is revealed to be snooping on citizens and acquiring more Internet data than expected, including secret information from major Internet sites.

In April, a coding error made by OpenSSL, an encryption software that makes transactions between a computer and a secure network, in 2012 but discovered in 2014 creates a loophole making users, companies, banks, email services, social media sites and others vulnerable to having their personal and log-in information stolen.

The “Ice Bucket Challenge” began, raising proceeds spreading awareness towards ALS by challenging others to pour a bucket of ice over their heads. The gene that causes the deadly disease was later discovered by scientists in 2016 due to the money raised.

WordPress powers and average of 25 percent of web sites as of November.

2016: Users of the short-form video app called Vine play 1,041,666 million videos as of February. Vine was later shut down by Twitter in October.

Meme culture’s growth skyrockets, crowning itself king of the internet.

Editor’s note: This article has been updated for relevence.