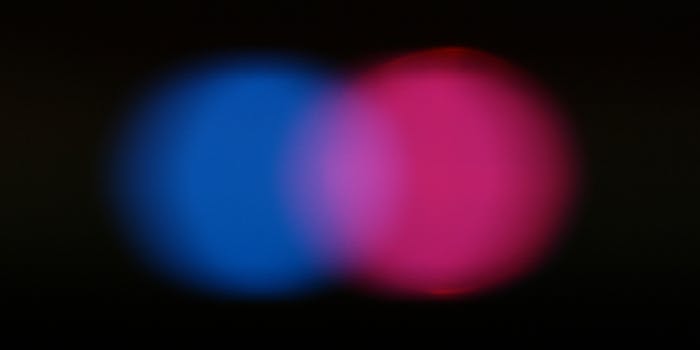 Why Flickr’s free terabyte is even cooler than it sounds

Thanks to some clever developers, you can store any file, not just photos, on Flickr.

Hey everybody, did you hear the new Flickr is offering one terabyte of free storage? The catch is you can only save photos, so I guess that means… aaaaaannd it’s been hacked.

Yep, it didn’t take long for programmers to modify Flickr’s newest feature into one of the best data storage deals on the Internet— a free terabyte you can use for anything you want. But there are some questions about the legality and efficiency of using the once-prominent photo sharing site to store anything other than images.

The day after Yahoo announced Flickr’s new data storage plans and redesign at a press conference in New York, Thomas Claburn of Information Week reported how several developers had already found ways to use Flickr  to store any kind of data.

One of them was developer Ryan LeFevre, who posted Ruby code to Github Tuesday, designed to get around the problem. The program, which he calls flickr-store, lets users encode any sort of data as a .PNG image file—one of the photo formats Flickr allows. Another developer, Ricardo Tomasi, posted a similar hack on Github around the same time.

Breaking open Flickr’s new storage was a relatively simple task, LeFevre told The Daily Dot. After being inspired by a joke he saw on Twitter, it took him just over three hours to complete his proof-of-concept.

Could this be a significant game change in the world of online storage? After all, terabytes are valuable. Just one can hold more than 500,000 photos taken at 6.5 megapixels (the size currently generated by most smartphone cameras).

But having that kind of storage for free isn’t just of interest to shutter bugs. Internet users with all kinds of data to store may be interested in LeFevre’s workaround when they consider the going rate for that kind of storage. Flickr currently charges $499 a year for a second terabyte. Google will charge you $50 a month to store a single terabyte of information on Google Drive. Even more economical storage providers like Amazon Glacier will run $10 a month and contain extra hidden fees. A one terabyte hard drive starts at $75.

So there’s definitely a market out there. But LeFevre doubts his solution, which he called “academic,” will really be a reliable and practical way to house important data.

“The data encoding process itself is reliable, but the entire project was more for academic reasons than anything,” he said. “It wouldn’t be difficult for Flickr to reprocess the image and destroy or alter any data that might have been embedded.”

And it’s not outside the realm of possibility that Flickr may compromise such data. It’s not immediately clear whether this violates Flickr’s Terms and Conditions, and Yahoo has issued no response. LeFevre said it’s a bit of a grey area.

“I’m sure they frown upon it however, since it was not the original intent of the system,” he said. “It certainly doesn’t interfere with the operation of the site, though.”

Flickr’s free terabyte debuted earlier this week as part of brand relaunch by Yahoo. The photo sharing site was a much buzzed about startup when it launched in 2004, but has languished since being acquired by Yahoo in 2005—being surpassed by sites like Instagram and Facebook. In a lengthy piece written last year for Gizmodo, Mat Honan argued that the company eschewed the concerns of its community to meet engineering deadlines. The arrival of new Yahoo CEO Marissa Mayer—an early employee of Google—has buoyed hopes that this trend will be reversed.