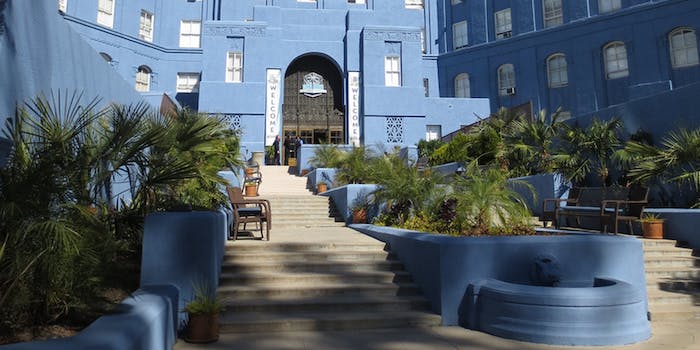 Anonymous and Scientology are at war again—on Craigslist

Anonymous claims the Church of Scientology is recruiting on Craigslist, and it's fighting back.

After moving on to hit financial groups like PayPal, who refused to allow WikiLeaks’ Julian Assange to use their services in the wake of Chelsea Manning’s leak of classified war materials, then attempting to help Arab Spring countries and more, Anonymous has finally come home.

Anons are targeting Scientology again, and this time, it’s personal.

Sorry, typo. I meant, this time it’s in the personals. Craigslist, that is.

According to Business Insider, a member of Anonymous sent the publication an email alleging that Scientology leadership is using Craigslist to recruit.

“Anonymous has attempted to use Craigslist’s flagging system to take down (the Church of Scientology’s) ads, as they are constantly violating terms of use with ridiculous amounts of postings in a number of cities across the United States and Canada,” the source wrote.

The Anonymous member told BI that in New York City, San Francisco, and Houston, between 100 and 200 ads are posted in a given day. The group sent “repeated e-mails” to Craigslist but had allegedly received no response.

So in reaction, Anonymous posted its own ads, hundreds of them, “using the same or similar titles to the Scientology ads, warning of the true nature of the ads in as many humorous or noticeable ways as we could.”

These ads, the Anonymous tipster insists, have been flagged very quickly and taken down; flagged, in fact, “(e)ven before being live in the main list.”

This can be done, said the writer, by using flagging software, “which is also illegal according to Craigslist and can supposedly result in permanent banning,” or by Craigslist itself.

We have contacted Craigslist asking for clarification, but have not heard back.