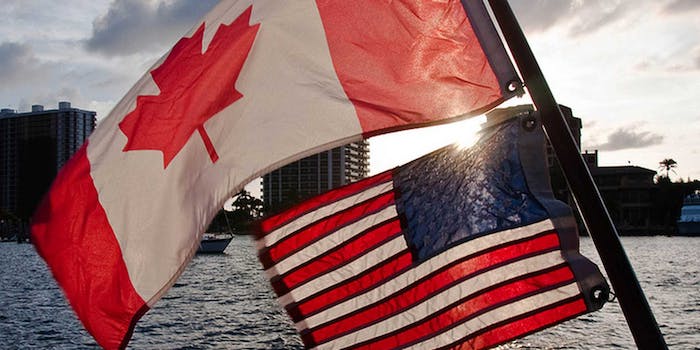 Border officials can still search and seize your laptop

Government officials have a very simple way of finding out what's on your laptop: They can just take it.

Edward Snowden’s leaks about NSA surveillance helped pulled back the curtain on all the ways the government can collect our digital information. But even without installing digital backdoors or paying tech companies for metadata, government officials have a very simple way of finding out what’s on your laptop.

They can just take it.

On Tuesday, a federal judge dismissed a 2010 case challenging the U.S. government’s broad authority to search and seize electronic devices at international borders without a warrant. It’s a decision that has stymied the cause of the American Civil Liberties Union and other privacy advocates who have resisted the erosion of Fourth Amendment rights at airports and border crossings.

The case was brought by Pascal Abidor, a dual U.S.-French citizen who was detained in May 2010 while returning aboard an Amtrak train to the United States from school in Canada.

Customs and Border Protection (CBP) officers searched Abidor’s laptop computer after discovering that he was an Islamic Studies student who had recently lived in Jordan and traveled to Lebanon. Upon discovering images of Hamas and Hezbollah on Abidor’s laptop (part of a research project), CBP officers further searched his computer, cellphone, and person. They ultimately wound up putting Abdor in a holding cell for three hours.

Abidor was joined by the ACLU, along with the National Association of Criminal Defense Lawyers and the National Press Photographers Association who filed as co-plaintiffs, challenging the extraordinary search authority granted to CBP officials.

In throwing out the case, Judge Edward R. Korman argued that CBP officers have a lower threshold to meet when examining and confiscating electronic devices at border zones because of a long-standing exception to certain Fourth Amendment protections for persons entering the United States. In his ruling, Korman cited the “border search doctrine” (also known as the border search exception), which relaxes the definition of “unreasonable” when it comes to unwarranted searches and seizures.

Korman goes on to say that the government’s interest in keeping “unwanted persons and effects” from entering the country is at its acme at international borders, and thus searches taking place in these zones are “not subject to any requirement of reasonable suspicion, probable cause, or warrant[.]”

The judge also said that Abidor and the other plaintiffs should not be surprised to by such intense scrutiny at U.S. borders, given the security international travelers face at nearly every border.

“Surely, Pascal Abidor cannot be so naïve to expect that when he crosses the Syrian or Lebanese border that the contents of his computer will be immune from searches and seizures at the whim of those who work for Bashar al-Assad or Hassan Nasrallah,” the judge added.

The dismissal was a major setback for the ACLU. Attorney Catherine Crump, who argued the case on behalf of the organization, took to Twitter shortly after the ruling to express her disappointment in the outcome.

Today’s opinion allows the government to conduct intrusive searches of Americans’ laptops and phones at the border without any suspicion.

We continue to believe that suspicionless searches of devices containing vast amounts of personal information violate the Fourth Amendment.

Though this case may be easy for many to overlook, especially in light of the wholesale information gathering the U.S. government routinely engages in with regards to its own citizens. But thousands of U.S. citizens have been subject to electronic device searches at border crossing and airports in their own country. Between Oct. 1, 2008, and June 2, 2010, the ACLU reports that more than 6,500 people—almost 3,000 of them American citizens—have been subjected to such searches.

But its more than just a matter of legal precedent for Abidor, the man at the center of the case. Abidor told Ars Technica that the case has profoundly changed the way he travels and records information. He continues his studies in Brooklyn, while still regularly crossing the U.S.-Canadian border. But he’s switched his academic focus from contemporary Shiism to late-19th- to mid-20th-century Shiism to avoid arousing further suspicion. He also changed the way he tracks information.

“I was initially interested in more visual things,” he said. “I learned my lesson that collecting photos is a bad idea. I try to keep as little as possible on my laptop. What is there is of little use to anyone outside my field. I try to keep notebooks that I don’t travel with.”