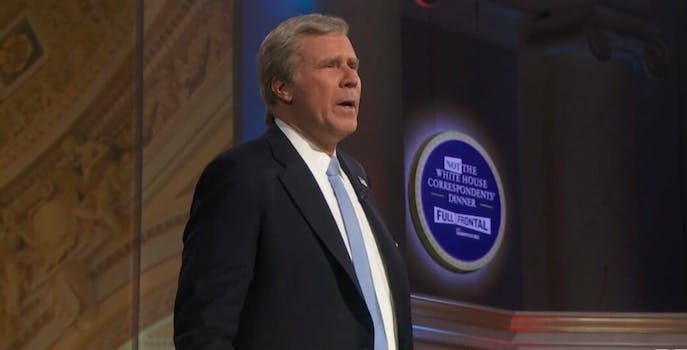 Will Ferrell reprises role as George W. Bush at ‘Not the White House Correspondents’ Dinner’

He got a standing ovation.

Though Hasan Minaj made some important points during the traditional dinner, Trump never showed. But at least one president showed at up at Bee’s event. Even if it wasn’t really a president at all.

Instead, we got Will Ferrell reprising his famous imitation of George W. Bush. And it was good to see him.

The first sentence he uttered pretty much said it all: “How do you like me now?” According to the standing applause Ferrell received when he first walked out, the answer was simple: The crowd like him very much.