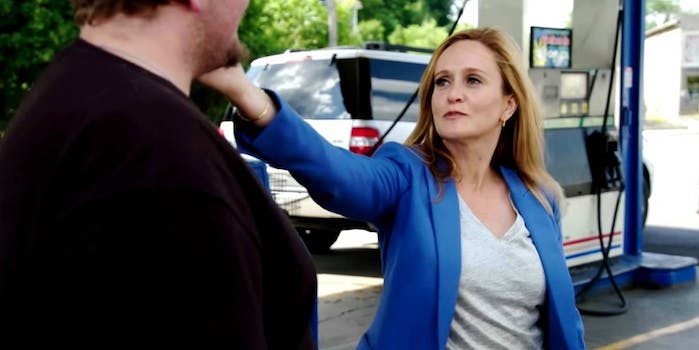 This could get interesting.

With President Donald Trump’s nonstop feud with the media spilling over from his campaign into his presidency, one must wonder what the annual White House Correspondents’ Dinner will be like.

Now those journalists and media members who don’t want to attend the annual party have another option, thanks to Samantha Bee.

“We’re not trying to supersede [the Correspondents’ dinner],” she told the New York Times. “We just want to be there in case something happens—or doesn’t happen—and ensure that we get to properly roast the president… We were talking out loud about whether we thought the White House Correspondents’ dinner would change during a Trump presidency, or if it would even exist. And then we thought, ‘Why don’t we just do one, just to do it in the way that we would want it done if we were hosting it?’”

For the record, the Correspondents’ dinner—where presidents can make fun of themselves while they playfully blast the people who cover them—will continue to exist as well.

The WHCA says in response that it "looks forward to hosting our annual dinner this year as we do every year" pic.twitter.com/SulITHnIgL

Trump’s administration has called the media the “opposition party,” Trump has said he’s in a “running war” with reporters, and senior adviser Steve Bannon last week said the media “should keep [their] mouth shut.” So, who could blame reporters for skipping the Correspondents’ dinner? After all, there seems to be an awfully good chance Trump will just stand at the podium and maliciously rip reporters by name who he feels have done him wrong.

He also might be seeking revenge for one of the most notorious moments in Correspondents’ dinner history when President Barack Obama ripped Trump in 2011 and Trump had to sit there quietly and take it.

As for who might host the White House Correspondents’ dinner this year, a job that’s been handled by comedic stars like Seth Meyers, Stephen Colbert, and Larry Wilmore in the past? Well, Bee isn’t holding out hope she’ll get the phone call.

“My assumption is that that invitation is not coming, and I don’t blame them for that at all,” she told the Times. “I honestly can’t imagine what they’re thinking, but I really wish them well. I think that’s going to be very challenging. Does 3 Doors Down do comedy?”