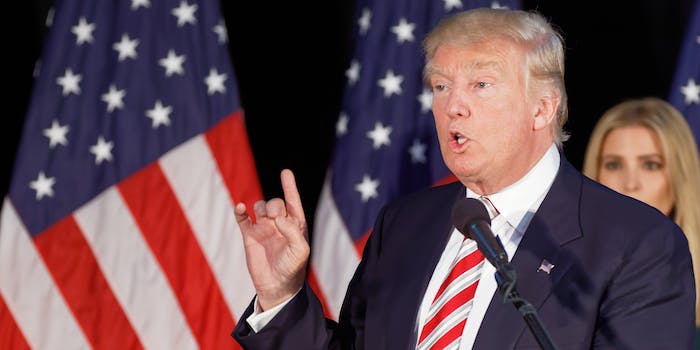 With questions about the future of the White House Correspondents’ Dinner and how President Donald Trump would handle what is usually a lighthearted evening of making fun of the Washington press corps and the establishment in general, Trump gave his definitive answer on Saturday evening.

I will not be attending the White House Correspondents' Association Dinner this year. Please wish everyone well and have a great evening!

Even before his announcement, the April 29 dinner seemed on shaky ground. Samantha Bee had already announced a competing event, and considering Trump’s animosity with a press corps that he calls “fake news” and the “enemy of the people,” it surely would have made the evening an uncomfortable one.

On Friday, Bloomberg also announced it would not host an after-party, following Vanity Fair’s decision to do the same earlier this month.

But the dinner won’t be canceled.

And at least one CNN viewer had a good idea for a Trump replacement.

Email from a viewer: "PLEASE, please, have Alec Baldwin invited to the White House Correspondents dinner since Trump is not going…"