A Tumblr, coordinated by Huffington Post and Patch, is providing a street-level look at Iowa caucuses. Plenty of blogs are covering the Iowa caucuses. But for an unfiltered look at the GOP whirlwind, try OffTheBus Iowa.

It’s a collaborative Tumblr from Patch and the Huffington Post, featuring behind the scenes photos and candid stories from the campaign trail. OffTheBus started in October but has ramped up in postings this month as the Iowa caucuses approach. Users can submit links, quotes, text, and photos to be featured upon approval.

The pictures on the blogs are the most interesting part that might be missed from larger news outlets. This picture of a borderline offensive book about President Obama is making the rounds at Rick Santorum campaign stops, and this photo of the “Romney-mobile” has nothing on the WikiLeaks truck.

While journalists are tracking polls to measure the candidate’s popularity, one user on the blog is taking a different route: counting campaign signs. Waukeeeyesandears asserted that in Dallas County, Mitt Romney “doesn’t stand a chance,” due to the sheer number of the posters for Ron Paul, Newt Gingrich and Rick Santorum in the area. 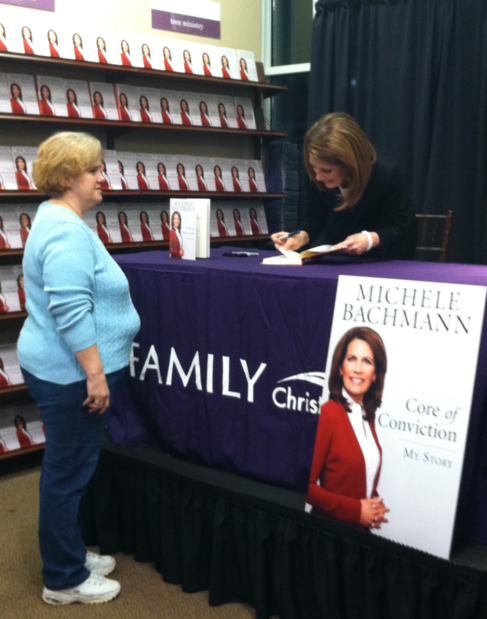