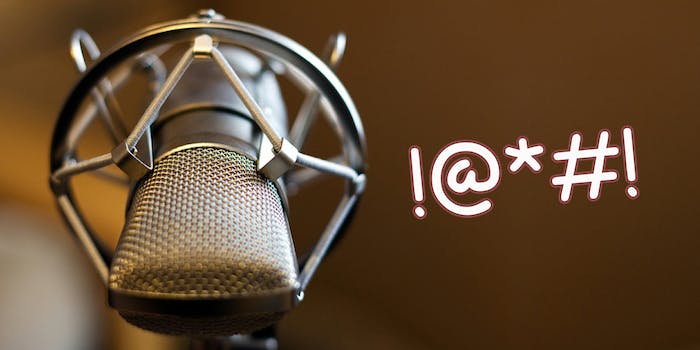 Canada relaxes rules around saying ‘f**k’ on the radio

The ruling came after several clips had the word in it–including Madonna's speech at the Women's March following Trump's election.

“Pardon my French” has a whole new meaning in Canada.

Canadian authorities have ruled that the word “fuck” can be used on French-language radio broadcasts because the word has become commonplace, according to reports.

The Canadian Broadcasting Standards Council (CBSC) rule that “fuck” was “part of the common French spoken language” and as such wasn’t as “vulgar” as previously thought, the Guardian reports.

Previously, the word was only allowed to be said on radio and television after-peak hours and with a warning.

The decision came after two clips featuring Madonna and Green Day singer Billie Joe Armstrong could be heard saying “fuck” during a women’s march and a concert during excerpts aired on French-language Montreal radio station CKOI-FM.

Madonna used the word while making a speech at the Women’s March on Washington, which was organized in response to Donald Trump being elected president. The radio station used a clip of Madonna where she said: “And to our detractors that insist that this march will never add up to anything … fuck you.”

Here’s a clip of Madonna’s speech:

The CBSC said the English word “fuck”does not have the same vulgar connotation in French.

“The Panel emphasizes, in this regard, that language is evolutionary and reflects current society,” it wrote in its decision.

Moving forward, stations in Canada can use the word can be used only if it’s said in French, its use is infrequent, and isn’t used to “insult or attack” an individual or group.