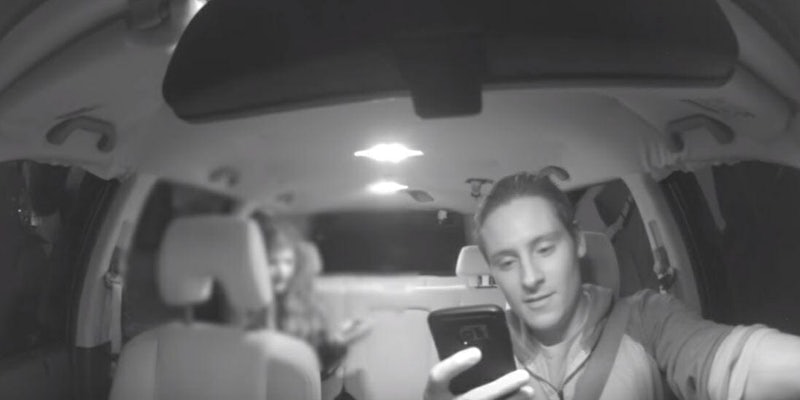 The confrontation gets nasty and physical.

A YouTuber named Ryan Is Driving posts videos on his channel where he details his adventures as an Uber driver. Usually, his customers just ask him to take them to Taco Bell or they talk to him about their Harambe body art.

But late last week, Ryan posted a video of a woman trying to nab a free ride. And the video might make you angry. It certainly infuriated Ryan.

The issue here is that, according to the video, the passenger canceled her ride in the middle of the ride. That means Ryan wouldn’t get paid for the trip, while the passenger would perhaps only have to pay a cancellation fee. These kinds of stories are littered through Reddit, but Ryan wouldn’t have it.

Watch the nasty confrontation below.

After Ryan and the woman angrily parted ways, he said he decided to post the video so he could make some money off the failed transaction. Said Ryan in the video, “I don’t think there’s anything more American than this, literally taking a bad experience and turning it into advertising revenue. I really just wanted this video to blow up so I could make money in spite of this lady.”

Considering the video, as of this writing, has 1.6 million views in just three days, making it the second-most watched video on his channel, it seems like his revenge will probably be colored green. Since he posted the content, he’s also earned more than 55,000 new subscribers.

That’s a bunch of people who now know that they shouldn’t try to get a free ride out of Ryan Is Driving.