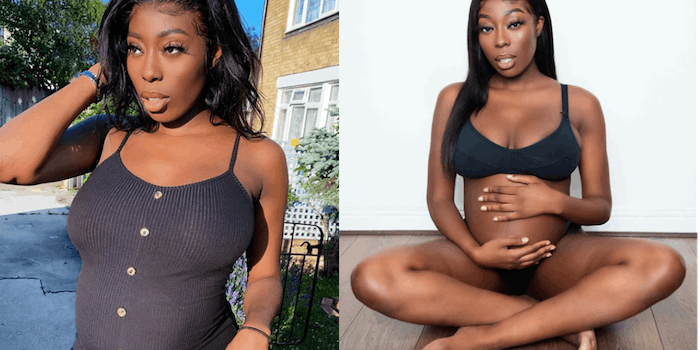 Nicole Thea, popular YouTuber who was 8 months pregnant, dead at 24

YouTube star Nicole Thea has reportedly died at the age of 24. Thea, a lifestyle vlogger, was eight months pregnant at the time of her death. Her unborn son died as well, according to multiple sources.

“To all Nicole’s friends and supporters it is with great sadness that I have to inform you that Nicole and her son she and Boga named Reign sadly passed away on Saturday morning,” the post said.

“As a family we ask that you give us privacy because our hearts are truly broken and we are struggling to cope with what has happened,” the post said. “RIP My beautiful baby girl Nicnac and my grandson Reign, I will miss you for the rest of my life until we meet again in eternal heaven.”

The post also said that some of the content that had been pre-scheduled to be published will still go up on her page.

On Sunday, Thea’s YouTube channel hosted a video showing her pregnancy photoshoot. In the 14-minute video, she’s seen having fun with her photographers and posing.

“This is how we talk to each other all the time lmao,” says text appears in the video as she’s seen bantering with her friends.

Thea and her partner Global Boga, had documented her pregnancy since announcing it in April.

The cause of death remained unknown at the time of reporting.

Her death may renew the conversation on the health of Black women and prenatal care for Black mothers in the U.S. and the U.K.

According to the Root, Black mothers are five times more likely to die than white mothers in the U.K. due to factors such as health, insufficient prenatal care, socio-economic issues in Black communities, and Black women’s fears that their healthcare provider won’t believe their symptoms.