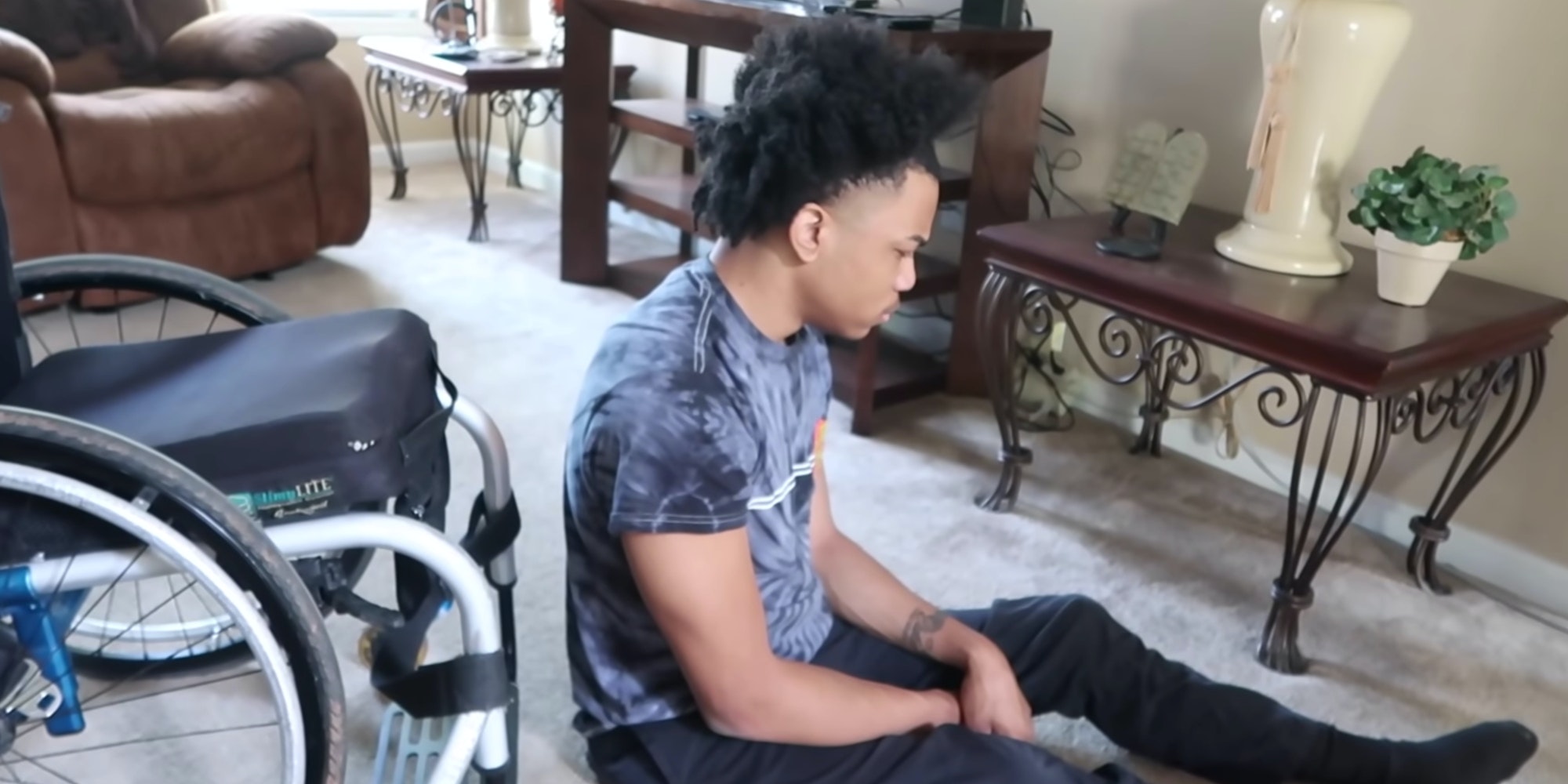 He uses his arms to drag himself around the house to look for his wheelchair, ultimately crying.

A YouTuber is receiving backlash after she hid her disabled boyfriend’s wheelchair as a “prank,” leading him to cry.