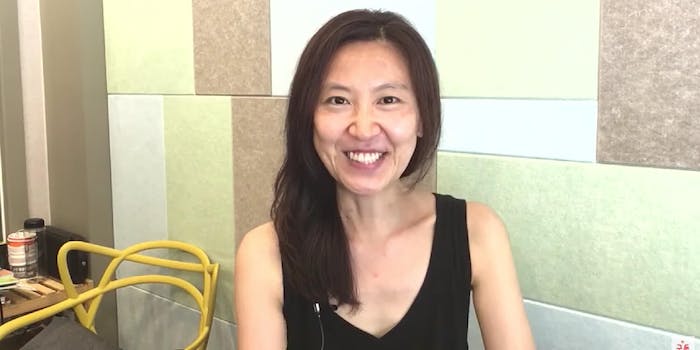 It's now her most viewed video on the platform, with more than 850,000 views.

Korean YouTuber Eun Chan, known on the platform as JIGUIN, left a final message for her subscribers before losing her battle with cancer.

In her video, titled “49th fighting against cancer diary,” Chan tells her subscribers that she is feeling “light” after having been discharged from the hospital.

“How are you, everyone?” Chan says, according to translation from All K-Pop. “It became hot all of a sudden. These days, I think that I”m almost there. Fighting this disease has been difficult so my heart is light now. I wanted to greet everyone with a pretty face after discharging, but I am squeezing every last bit of energy out to give this update.”

Chan passed away on May 6, only a few days after the video was uploaded. All K-Pop reports that her younger sister commented on Chan’s video to let her fans know.

“My sister guessed right when she said that the day she would leave would be a day with great weather, without any pollution,” Chan’s sister wrote. “We are utter strangers, but I bow my head in thanks for your warm comforts and condolences. I bet my sister would be happy too.”

All K-Pop reports Chan created videos about her life as a Korean living in Japan. Chan originally shared her biliary tract cancer diagnosis in April 2019 and made diary-style videos chronicling her journey with the illness.

The video is now her most viewed one on the platform, with more than 850,000 views.