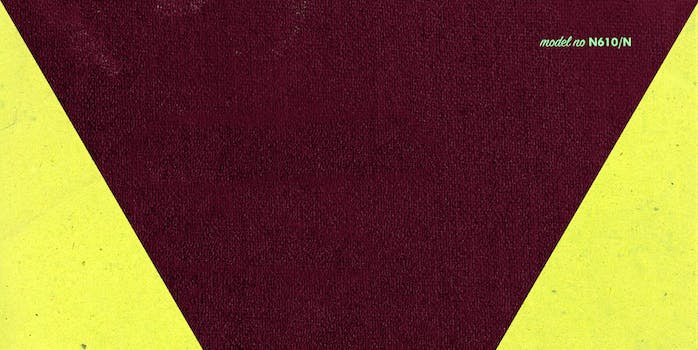 Science fiction gets real in this brazen trans literature collection

Trans literature is in vogue now, and you could probably thank Topside Press for that.

Based in Brooklyn, the indie press popped into existence at a time when trans non-fiction 101 guides were gracing every other LGBTQ bookshelf, but trans fiction by and for trans people remained practically invisible. The press’ first work, The Collection, is a short story anthology from transgender writers across the community, and Imogen Binnie’s punky coming-of-age novel Nevada essentially put the press on the map for many trans women across the West.

But in some ways, it feels like trans literature hasn’t budged out of its coming-of-age bubble. Coming out stories still flood online bookstores, with both fiction and non-fiction writers fascinated by gender transitioning and not much else. Where’s the interest in deeper, richer, or more interesting stories beyond transitioning itself?

That’s where Casey Plett and Cat Fitzpatrick come in with their speculative fiction anthology Meanwhile, Elsewhere. Featuring 25 supernatural, futuristic short stories, totaling over 430 pages, Plett and Fitzpatrick’s collection features a who’s who of trans writers, from Binnie to fellow Topside author Sybil Lamb to Instar Books’ Jeanne Thornton. And it’s these writers who are asking questions about sex, gender, and bodies in ways that reflect how transgender people actually think about the future, their future.

But why create a transgender fiction collection based on sci-fi and fantasy? Fitzpatrick points to trans performance artist Annie Danger for that answer.

“Annie said: We always hear about what trans people are, but never about what we think, and [The Collection] told you what trans people were thinking,” she said. “And Casey said that if literary fiction does give you some window into a person’s innermost thoughts, speculative fiction really rips the constraints off and lays our preoccupations, desires, and dreams bare.”

If Plett and Fitzpatrick’s goal was to expose trans people’s fantasies and fears, then their final selection does a damn good job. Bridget Liang’s “Delicate Bodies” details a trans woman’s zombification after her lower-class Toronto neighborhood is infected. Sybil Lamb’s “Cybervania” showcases a cyber-dystopia where queer bodies are modified and then remodified endlessly. And Rachel K. Zall’s “Control” reveals an oddly enticing sexual encounter between a trans man and a trans woman in a future where facial recognition cameras are watching one’s every move.

MEANWHILE ELSEWHERE Science Fiction & Fantasy from Trans Writers exists and is real and here I am holding a copy! https://t.co/siGjruT8T2 pic.twitter.com/TH2YYTJhAB

Fitzpatrick usually recommends Ayşe Devrim’s “No Comment” while hard-selling the book at conventions—and for good reason. The story focuses on a Muslim-American trans woman who receives a womb transplant, only to discover that her womb is pregnant with the second coming of Jesus Christ.

“The seed of ‘No Comment’ started out with another trans woman friend and I sharing a bit of gallows humor about how we would love to get abortions,” Devrim told the Daily Dot. “I loved the opportunity to explore what it would be like to be given that opportunity, but as any trans person who has taken advantage of their opportunities within the medical system knows, this could never be a truly happy story.”

Devrim describes Maryam as “heavily based” in her own experiences and those of her fellow trans women.

“She is living in a world where every choice she has had has been utterly circumscribed, and yet she has had to make every last bit of herself with a level of intention that most people could not even fathom,” Devrim said. “She makes opportunities for herself in the cracks and gaps she can find.”

Alienation is a running theme in Meanwhile, Elsewhere. Colette Arrand’s “Themyscira” details one trans woman’s journey onto a femme-exclusive island as the only trans woman in the group. Based in part on Themyscira from D.C. Comics’ Wonder Woman, Arrand’s story quickly turns inward after a stranger washes ashore.

Arrand says the idea for the story came from a cocktail of emotions welling up inside her after moving from Detroit to Athens, Georgia.

“Athens is a place I’ve come to love despite experiencing a lot of trauma and uncertainty,” Arrand told the Daily Dot. “Everything beyond today, even now, is complicated by need and worry. I doubt myself constantly. A lot of that went into this story.”

I co-edited this book of 25 trans SF/F stories and I am so proud of it. Pub date Sep 5. Help us out in pre-sales? https://t.co/DlpbwMnvxU pic.twitter.com/7mZ8bWpz3N

But not all of Meanwhile, Elsewhere’s stories are filled with cold worlds. Ryka Aoki’s short story “The Gift” centers on a high school trans woman named Samantha. After Samantha comes out, everyone from her high school coach to her family back home accepts her as a woman. But Aoki told the Daily Dot that her story isn’t meant to be uplifting. Rather, she wanted to ask readers a poignant question: Why would an affirming story be included in a speculative fiction collection?

“A world where trans is not merely tolerated or supported or understood—but approved of, celebrated, and institutionally validated?” Aoki posed to the Daily Dot. “It might as well be another dimension. Samantha’s world does not require warp drive, mana, time travel, or the existence of demigods. Yet I do not believe that we will be reaching her universe anytime soon.”

And that’s also what makes “The Gift” so bittersweet. While cisgender writers can fantasize about reaching the moon, Aoki explained, trans people are still on the ground looking for basic love and affection. In that regard, Meanwhile, Elsewhere’s stories are speculative fiction, sure, but they’re also inherently political.

“There is a heck of a lot of code and subtext and messaging in these works,” Aoki said. “As trans people, so many of us have folded and hammered the edges of our storytelling to help us survive day-to-day—and I think it makes for some amazingly rewarding literature.”

Speculative fiction is the future, literally

It’s easy to assume that Meanwhile, Elsewhere is the first attempt at trans speculative fiction in the world. But that’s just not true. In merritt kopas’ podcast Woodland Secrets, Binnie explained that her story for the collection had actually been around for a couple years. She used to perform it at readings, which meant that only a select few trans listeners got the chance to enjoy her work.

If The Collection was trans writers’ attempt at showing the world that there was a bustling and growing trans literature scene in the West, then Meanwhile, Elsewhere takes that one step further: It shows there’s more to trans literature than 101 books and coming-of-age stories in American suburbia. There’s zombie erotica, cyberpunk dystopias, and femme utopias. There are alien anthropologists and homemade spaceships. There are trans women giving birth to Jesus and post-transsexual rock stars called Queef Bitcoin$. And there’s a future where transgender men, women, and non-binary people aren’t erased from the world.

“Trans people have always been freaks in speculative fiction—either monsters or, like, an amazing technology or something,” Fitzpatrick said. “But what we need are spec fic stories like these, with complex desiring trans characters with real mundane lives and problems that you can like, or hate, or judge, or want to shag, or whatever—even if they are also advanced genetically engineered rhizome people, or trapped in a haunted computer game.”