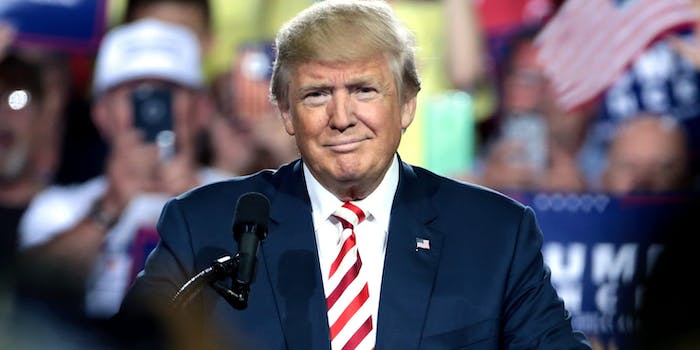 Less than a quarter think the president is a solid human.

Over two-thirds of American women dislike the president on a personal level, according to a new ABC News-Washington Post poll.

Among women, 64 percent disapprove of the president’s role as commander-in-chief and 68 percent do not like him personally, the poll reveals. Meanwhile, men are generally split on Donald Trump, with 49 percent approving of his job as president and 41 percent viewing him favorably as a person.

There’s an even greater gap when you crunch the numbers regarding race and education. 73 percent of college-educated white women do not like him on a personal level, compared to 53 percent of white women who did not go to college. This is particularly noteworthy as white women without a college degree came out in droves for President Trump’s election, but as the Washington Post reports, white women across both demographics have grown increasingly upset with the president in recent months.

The report’s findings are based on a telephone survey carried out among 1,002 adults from April 8 to April 11. 32 percent of respondents identified as Democrats, 25 percent as Republicans, and 35 percent responded as Independents. For more information, read the full report here.