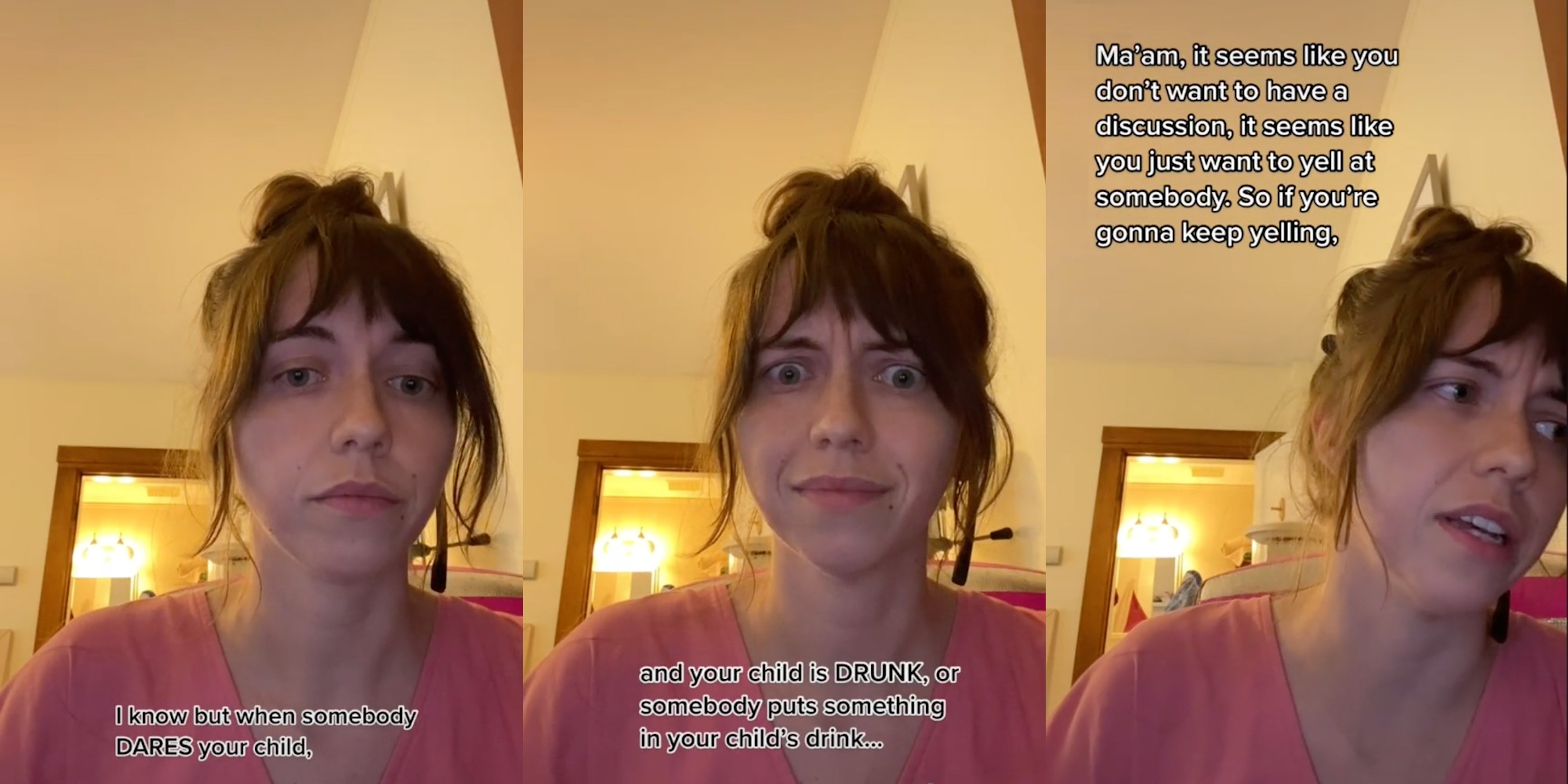 Viewers applauded her for hanging up, saying 'Hell yes for boundaries in a discussion.'

A viral TikTok shows a woman named Hannah completely shutting down a homophobic Karen over the phone.

Hannah, or @actuallynothx on TikTok, posted a now viral video of her conversation with the Karen, saying in the caption that the caller was mad because the company Hannah works for posted about Pride Month on social media. The TikTok has received over 700,000 views and about 130,000 likes.

During their conversation, the Karen tried to relate people putting stuff in her children’s drinks to her argument against the post, but as Hannah quickly pointed out, that “has nothing to do with Pride Month.”

Using a common homophobic argument, the Karen angrily blamed Hollywood for glorifying “this culture”—the LGBTQ community—and said she is “so offended” by it.

“You are forcing this culture on our children,” the Karen snapped.

By that time, Hannah was over it and calmly told her, “Ma’am if you would rather yell at me than have a discussion, I’m going to hang up the phone.”

In response, the Karen said she thinks Hannah is a “disgusting human being,” to which Hannah replied, “OK, well I think you’re disgusting. Bye.” Then she hung up.

Viewers applauded Hannah for hanging up and not letting the conversation continue.

“I wish all customer service was like this,” one person commented. Another said, “Hell yes for boundaries in a discussion.”

“I wish every company let us stand up to customers like you’re standing up to this lady,” someone else said.

In a follow-up TikTok, Hannah posted what sounds like an earlier snippet of their conversation that TikTok had deleted.

Viewers adamantly agreed with Hannah. One commented, “When you hit her with the ‘that’s because of a lack of acceptance’!! HOW DO THEY NOT UNDERSTAND THAT BY NOW?”

Another said, “Everyone is entitled to their opinion… not her because I would drop kick her.”

Hannah did not immediately respond to the Daily Dot’s request for comment.