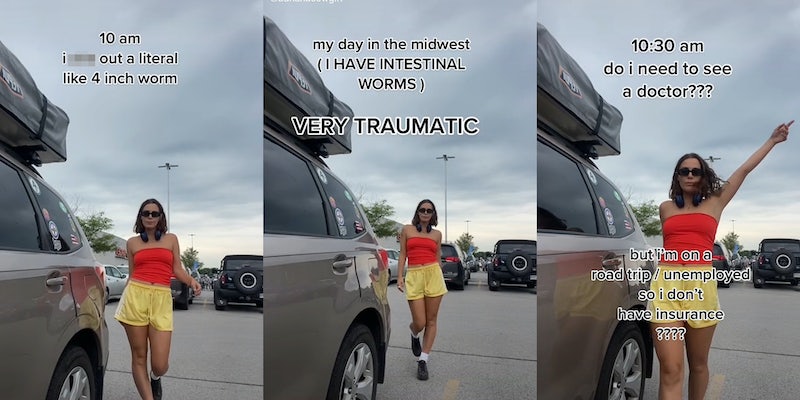 Uninsured woman shared she was going to try medicinal herbs to deal with intestinal worms, sparking debate on the state of US healthcare

The US spends the most on healthcare per person every year out of every country on the planet, but in spite of this, the nation ranks dead last in quality of care when compared to 11 other industrialized nations.

Debates on whether or not America should adopt a single-payer healthcare system have gone on for almost a century, with various lobbies staunchly advocating against it. One of the biggest arguments against a single-payer system is that it would lessen the quality of care. However, seeing as the US currently ranks dead last against other industrialized nations that have adopted single-payer systems that offer better healthcare, it’s becoming increasingly difficult to provide evidence to support this theory.

There are tons of horror stories circulating on the internet of American citizens who were either put into crippling debt or simply could not afford effective healthcare. Now, a viral TikTok has sparked yet another debate about the United States’ approach to healthcare.

TikToker @bananacowgirl posted a clip of her strutting toward a camera with a series of text overlays that chronicles her frustrating experience in addressing a medical emergency.

The post sparked a litany of responses from sympathetic TikTokers. Some shared their own bits of advice on how to treat @bananacowgirl’s worm problem. Others remarked that this was yet another instance of the US healthcare system failing.

One user wrote, “as an aussie i didn’t even realise that’s the reality of living in a country without universal healthcare! i hope you’re ok!!”

Another suggested a solution, “Omg u can buy worming tablets from the pharmacy!!!!! Prayers up tho.”

A third wrote, “road trip to Canada or Mexico depending on which is closer.”

Another TikToker said, “Do one of those online telehealth doctors to get a prescription, and use goodRX to pay for it!”

Some suggested that she go to a doctor: “Girl just go to urgent care. They’ll bill you later. Simply do not pay it.”

It appears that the TikToker decided to take one commenter’s suggestion to eat papaya seeds as she uploaded a follow-up video of her buying the fruit and eating a mound of the seeds. While some studies indicate papaya seeds may be effective in clearing parasites, doctors warn against the practice due to trace amounts of cyanide in the seeds.

According to the CDC, 9.6% of US residents have zero healthcare coverage, which amounts to around 31.1 million people as of 2021. Despite the Affordable Care Act, millions of Americans are still struggling to pay their medical bills. NPR reported that: “During the study period from 2010 to 2017, 6 million people between 20 and 64 years old with private insurance suffered such financial burdens, and their share of the total who reported them went up from 46% to nearly 54%. The study found an overall decrease in catastrophic expenses by 2017 — in particular people on Medicaid saw a decrease — but not among the privately insured.”