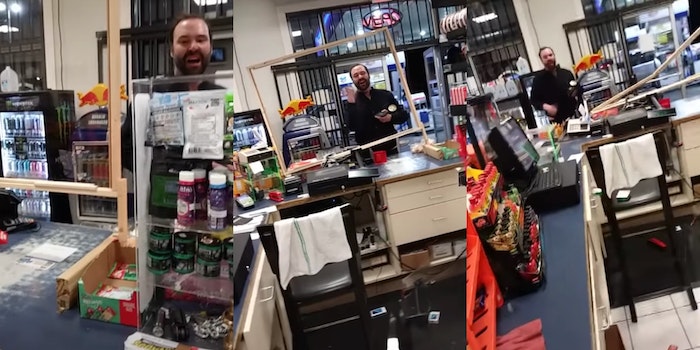 He was arrested and released without bail.

A Portland man was arrested Friday after trashing a gas station convenience store and pelting an employee with items, harassing him with anti-Muslim slurs, and threatening to kill him. The destruction was captured in a viral video.