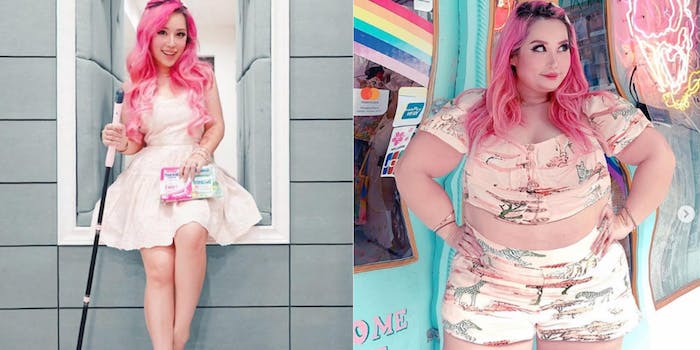 Influencer body-shames model, Photoshops photo of self to ‘prove point’

'What is the point of using your followers to belittle and humiliate someone because of their appearance?'

An influencer sparked backlash after attacking a model because of her weight, and her reaction to the criticism has further enraged many online.

“It’s one thing to be chubby or fat but this is way past that,” Cheng wrote in her Instagram Story. “The morbidly obese (like this woman) should never have been seen as attractive because death and disease isn’t an attractive full stop. Irresponsibility isn’t attractive.”

“Why are thin people this obsessed with letting me know indirectly they think I’m unattractive to them therefore I’m not worthy of love, a career, being visible, and literally telling me the age I’m going to die? Ok miss cleo,” the model tweeted, along with screenshots of Cheng’s posts.

“People piss me off with this bs. What is the point of using your followers to belittle and humiliate someone because of their appearance? So rude and uncalled for. Irresponsible and pointless af,” Twitter user @SimoneMariposa wrote.

In the midst of the backlash for her attack on Steward, Cheng took things a step further. She shared a Photoshopped image of herself appearing heavier and went on another tirade against people who she classifies as “morbidly obese.”

“How to ensure everyone says you are beautiful in 2020. Am I beautiful now?” she questioned.

Cheng is no stranger to controversy and often shares offensive opinions.

In another one of her posts, which was shared by a Twitter user, Cheng criticized Adele for being a “hypocrite” after her weight loss.

“Her biggest claim to fame has always been making obscenely foul/’controversial’ posts for clout so this isn’t even surprising, but i’m sorry you’re her newest target,” one Twitter user wrote to Stewart.