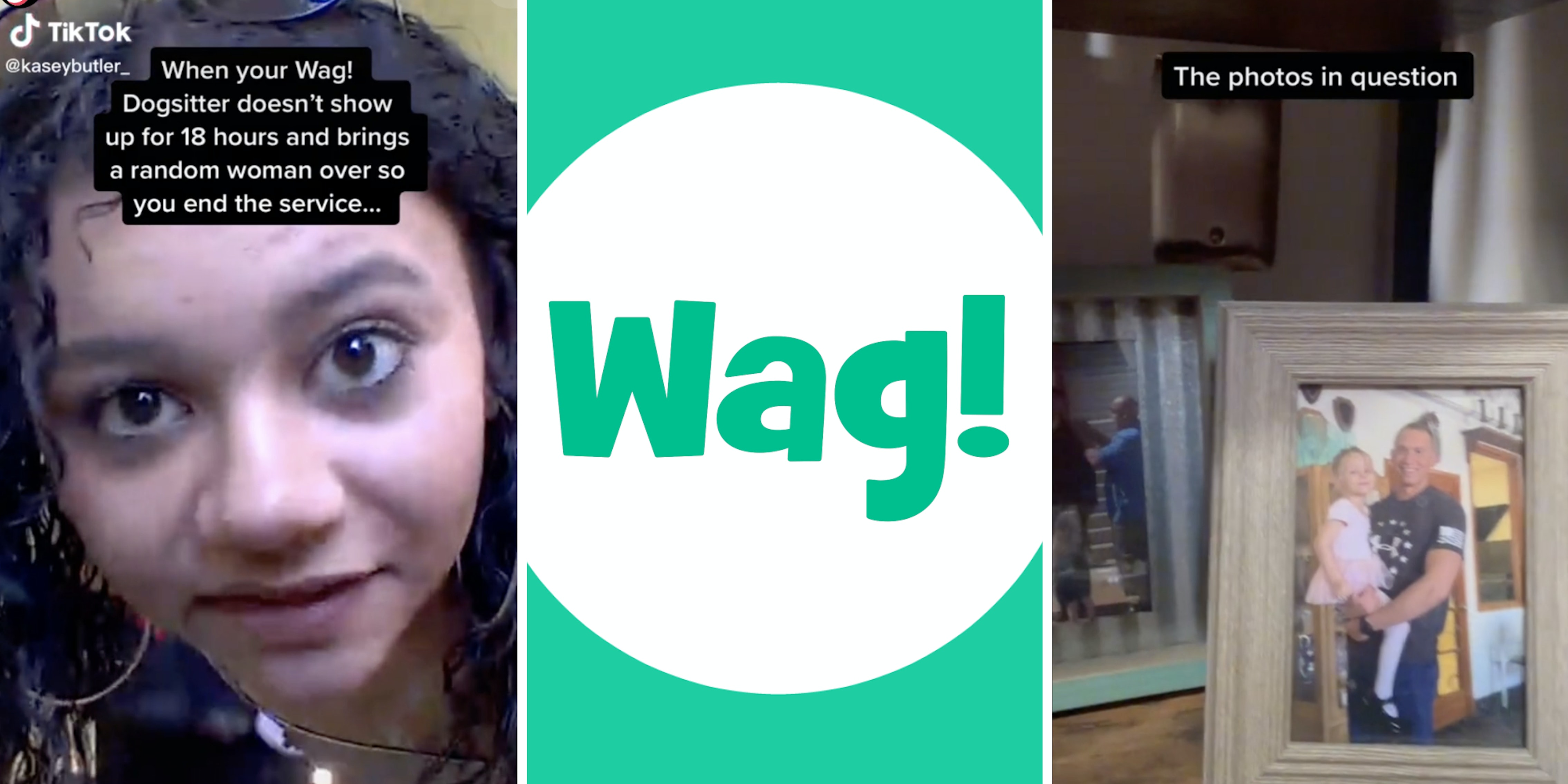 'With all the Wag and Rover issues I don’t get why anyone with a brain would use those apps.'

A customer shares security camera footage of a Wag! dogsitter’s unauthorized guest looking into the camera and spewing insults as they leave his home, sparking outrage in the comments.

In the video posted by TikToker Kasey Butler (@kaseybutler_) on Tuesday, he shows a clip of in-home security footage in which a woman looks into the camera and says, “Your wife is ugly, bitch.” A man, who Butler says is the dogsitter he contracted through the pet sitting service Wag!, says, “Alright, let’s go.”

Text overlay on the clip reads, “When your Wag! Dogsitter doesn’t show up for 18 hours and brings a random woman over, so you end your service…”

Butler then shows family photos which he says the woman in the clip was referencing. The video is captioned, “Poor Oliver and Harley… #singleaf,” clarifying that the woman in the photo was not his wife.

The video has over 194,000 views as of Wednesday, with commenters outraged at the dogsitter for bringing a guest and letting her verbally disrespect the customer. Others slammed Wag! for not properly vetting their contractors.

“Hire a professional, insured, well-reviewed service instead! Those apps sadly don’t do enough screening and there are too many horror stories,” one user said.

“Never trust those dog walking/sitting apps!! I was a walker/sitter and there were multiple times I was almost killed or kidnapped,” another wrote.

“Private agencies are so much better than wag and rover,” a third added.

Other users criticized Butler for entrusting his dogs with someone he didn’t know.

“It gets me every time that owners don’t care about their pets enough to find a sitter through something than an app lmfao,” one commenter wrote.

“With all the Wag and Rover issues I don’t get why anyone with a brain would use those apps. There’s so many ways to find a better sitter,” another said.

The Daily Dot reached out to Wag! via email and to Butler via TikTok comment.