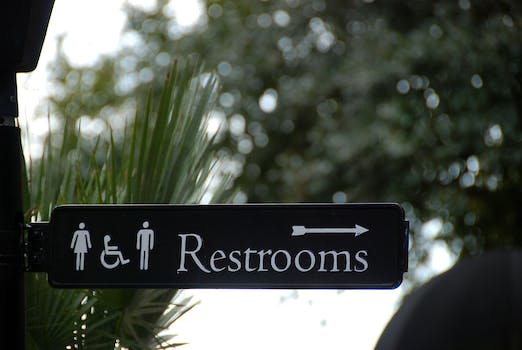 The bill also wants to out trans students in school settings.

Virginia lawmaker Robert G. Marshall has filed to bill to make it harder for trans people to use bathrooms in schools, rest stops, and government buildings. House Bill 1612, also called the Physical Privacy Bill, was pre-filed on Jan. 3 and defines sex as the “physical condition of being male or female as shown on an individual’s original birth certificate.” It goes on to read:

While this legislation has sprung up amid a disturbing surge of anti-trans bathroom bills, including the notorious HB2 in North Carolina, HB 1612 goes a step further in ensuring that trans minors are outed in school settings. The bill reads:

The principal of a public school attended by a child shall notify the child’s parent, guardian, legal custodian, or other person having control or charge of a child within 24 hours of any request by a child to be recognized or treated as the opposite sex, to use a name or pronouns inconsistent with the child’s sex, or to use a restroom or changing facility designated for the opposite sex.

This means that children who want to use different names or pronouns, especially those who may identify as trans or non-binary, may be outed to their parents in the state of Virginia if the bill passes.

Though the contents of the bill have grim implications for trans people, Gov. Terry McAuliffe has vowed to veto the bill if it reaches his desk. It’s likely he’ll stick to his word since McAuliffe also recently signed an executive order to combat discrimination based on sexuality and gender orientation, and vowed to veto a proposed 20-week abortion ban.

Gov: "I will veto any bill that legalizes discrimination or harms our on-going efforts to bring jobs to Virginia" https://t.co/9Rnn6qHPD4

Gov: "This policy helps ensure that all Virginians receive full benefits of citizenship regardless of #sexualorientation or #genderidentity" pic.twitter.com/iygk5RfSqs

After the introduction of the bill, Equality Virginia released a statement warning that the bill would “bring untold harm to Virginians and the economy.”